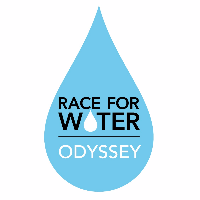 Initiated by the Race for Water Foundation, the Race for Water Odyssey is a unique environmental sailing expedition who crossed in less than one year the ocean's 5 identified gyres or "vortex" (it defines offshore high concentration of marine debris in the North and South Atlantic, the North and South Pacific and in the South of Indian Ocean) in order to compile a human and environmental assessment of the current state of plastic pollution in the oceans and raise awareness about this issue to bring together the general public, industries and legislators against this plastic pollution issue.

This Odyssey realized 7 scientific stopovers by visiting island beaches situated into the 5 trash vortexes (Azores, Bermuda, Easter Island, Hawaii, Guam, Koror, Rodrigues) and 7 main citites (Bordeaux, New York, Valparaiso, Tokyo, Shanghai, Cape Town, Rio de Janeiro and the arrival in Bordeaux), involving a total of 13 countries. Due to capsize the boat in the Indian Ocean, Tristan Da Cunha and Chagos, 2 scientific stops planned in the initial leg, could not be covered by the shipping, but local scientists are providing us new data following the same protocol.