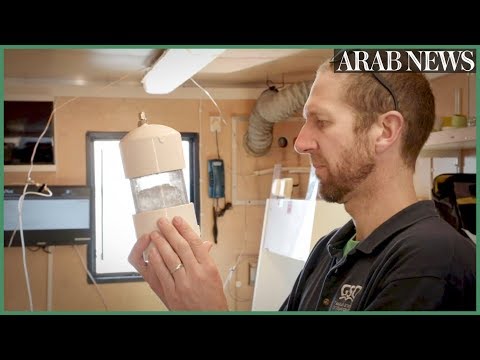 Tiny pieces of plastic have been found in ice cores drilled in the Arctic by a US-led team of scientists, reports Arab News, among others. This finding underscores the threat the growing form of pollution now poses to marine life in even the remotest waters on the planet.

At first glance, the particles look like confetti embedded into the flooring a few days after a wild party, but the reality is actually far more disturbing. The microplastic particles, visible by the naked eye, are extracted by scientists from deep inside an ice block. The ice formation drifted southward past Greenland into Canada's increasingly navigable Northwest Passage between the Atlantic and the Pacific Ocean, reports  Marlowe Hood for AFP.

Researchers responsible for this discovery work for the Northwest Passage, the scientific project designed to produce innovative scientific observations at a dramatically changing Arctic. Yet, plastic pollution was never in focus of their expedition.

Another recent study shows that a large quantity of microplastic fragments and fibers are transported by winds into the Arctic region, coming back to the Alps by snowflakes. The findings were described in the research article titled White and wonderful? Microplastics prevail in snow from the Alps to the Arctic.