Marine Plastic Debris and Microplastics: a new UNEP report on plastic pollution in our oceans 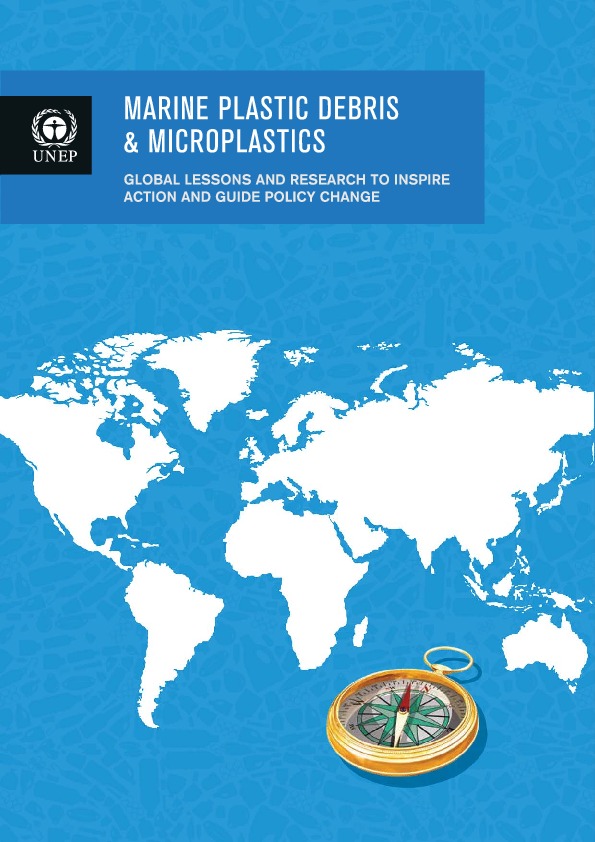 The report describes the consequences of marine plastic pollution and addresses potential solutions to tackle this “global problem for Humanity” . Focus on the report’s key findings.

Plastic – the main component of the debris found in our oceans

In 2010, the UNEP estimated that between 4.8 and 12.7 million tonnes of plastic had found its way into our oceans. The most common forms of debris are cigarette filters, plastic bags, fishing equipment such as nets, and all types of packaging. Between 60 and 90% of marine debris was manufactured using one or more plastic polymers, such as polyethylene (PE), polyethylene terephthalate (PET), polypropylene (PP) and polyvinyl chloride (PVC). Most of these polymers have an extremely long degradation time. As a result, the majority of plastics manufactured today will take decades or even centuries to disappear.

The scale of plastic pollution

Plastic debris is found along coastlines, on the surface of the ocean and on the seabed. Plastic waste causes death and disease to marine wildlife, through suffocation, entanglement and intoxication. Plastic materials are broken up by waves and sunlight to form microparticles that are less than 5mm in diameter. These tiny fragments end up in the stomachs of marine life such as mussels, worms and zooplankton. Nanoplastics that are barely half a millimetre in size are so tiny that they can penetrate the cell membranes and nuclei of small marine animals. So debris that is invisible to the naked eye enters the food chain at its very source. A piece of waste measuring just a few millimetres produces 1,000 billion nanoparticles of 100 nanometres!

The cost of plastic pollution

Fishing, marine transport, tourism and the leisure industry are just some of the many business sectors affected by marine pollution. According to the UNEP, the estimated cost of marine plastic debris is about 8 billion dollars a year. The sea transport industry, for example, is directly hit by pollution because plastic debris can clog up propulsion and refrigeration systems, causing breakdowns and delays.

Collective solutions to a global problem

The scale of this phenomenon calls for action at every level and by all stakeholders, including companies, associations, citizens and public authorities. It is vital that we take upstream action to reduce the amount of plastic we produce. This must be combined with better and more efficient waste collection and treatment solutions throughout the world. We must also improve our recovery, recycling and reuse of plastics (the association Net-Works, for example, collects abandoned nets and turns them into rugs). We also need to step up prevention campaigns (such as the British “No butts on the beach” campaign) and encourage environmental best practices (“NOWPAP, best practices guidelines for tourists”). The MARLISCO survey carried out in several European countries showed that 30% of those surveyed underestimated the role of plastic in marine pollution. Finally, measures to regulate sectors such as fishing (for example, by endorsing the various different components of fishing nets) and retail (the ban on plastic carrier bags introduced in many countries), or financial incentives (money back on bottles) provide other ways to tackle the problem of plastic debris found in our oceans.