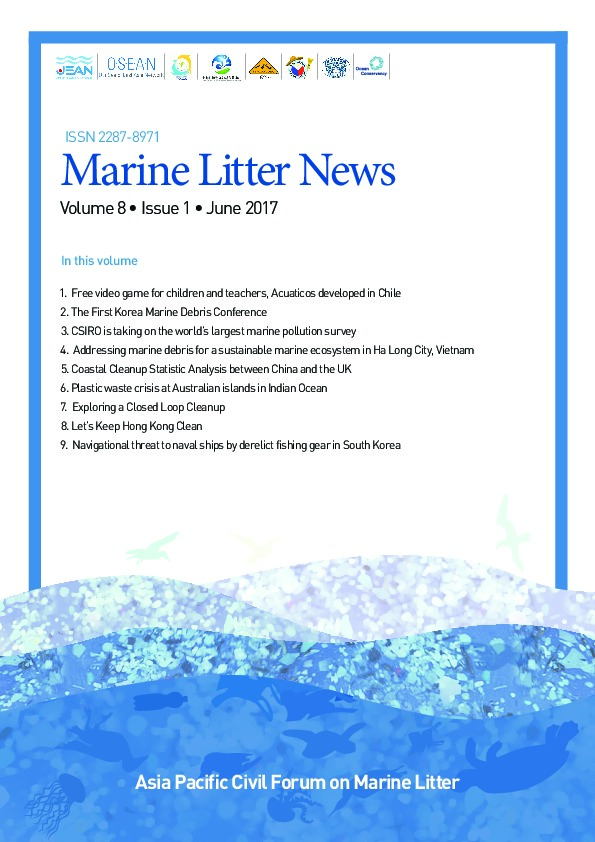 This Marine Litter News delivers the recent efforts of the Asia Pacific Civil Forum on Marine Litter (APML) members in collaboration with partners outside the region: China, USA, Vietnam, Korea and Australia.

List of their activities and research projects described in this report:

Free video game for children and teachers, Acuaticos designed by the "Cientificos de la Basura" from the Catholic University of the North in Coquimbo, Chile: www.acuaticos.org

OSEAN/CSIRO is taking on the world's largest marine pollution survey, which started earlier this year. The study involve sampling plastic loads on land, in rivers, along coasts of the 20 countries predicted to be making the largest contribution to plastic pollution in the ocean, many of these countries are in the Asian region.

Coastal Cleanup Statistic Analysis between China and the UK