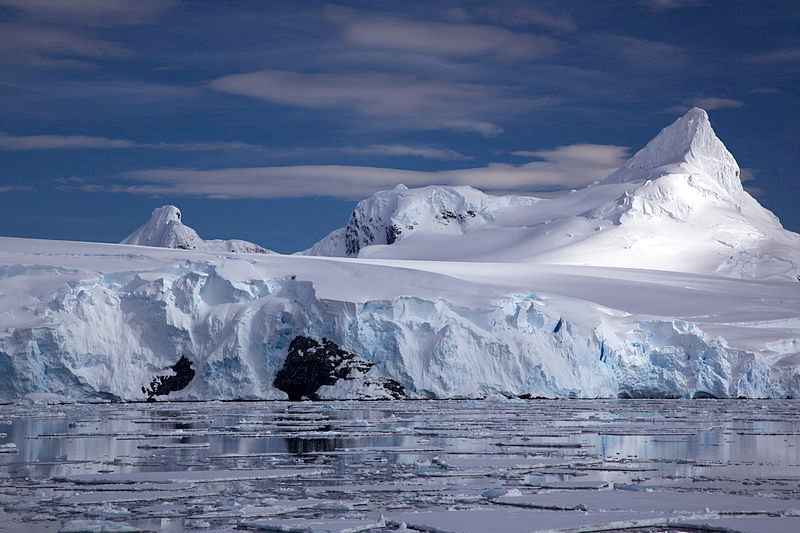 A new scientific study reveals nanoplastic pollution in the Arctic and Antarctica.

A B S T R A C T
It has been established that various anthropogenic contaminants have already reached all the world’s pristine locations, including the polar regions. While some of those contaminants, such as lead and soot, are decreasing in the environment, thanks to international regulations, other novel contaminants emerge. Plastic pollution has been shown as a durable novel pollutant, and, since recently, smaller and smaller plastics particles have been identified in various environments (air, water and soil). Considerable research already exists measuring the plastics in the 5 mm to micrometre size range (microplastics). However, far less is known about the plastics debris that fragmented to the sub-micrometre size (nanoplastics). As these small particles are light, it is expected that they have already reached the most remote places on Earth, e.g. transported across the globe by air movement. In this work, we used a novel method based on Thermal Desorption–Proton Transfer Reaction– Mass Spectrometry (TD-PTR-MS) to detect and measure nanoplastics of different types in the water sampled from a Greenland firn core (T2015-A5) and a sea ice core from Antarctica. We identify polyethylene (PE), poly-propylene (PP), polyethylene terephthalate (PET), polystyrene (PS), polyvinyl chloride (PVC), and Tire wear nanoparticles in the 14 m deep Greenland firn core and PE, PP and PET in sea ice from Antarctica. Nanoplastics mass concentrations were on average 13.2 ng/mL for Greenland firn samples and 52.3 ng/mL for Antarctic sea ice. We further discuss the possible sources of nanoplastics that we found at these remote locations, which likely involve complex processes of plastic circulation (emission from both land and sea surface, atmospheric and marine circulation).