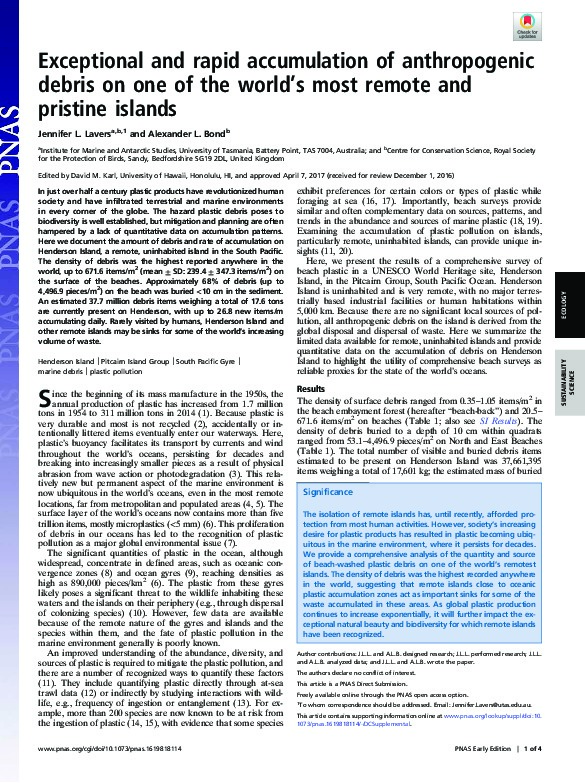 An uninhabited island in the south Pacific, Henderson Island located thousand of miles away from civilisation has more than 37 millions bits of plastic junk on its shores, threatening the island's wildlife.

'The density of debris was the highest reported anywhere in the world, up to 671.6 items per meter squared on the surface of the beaches.' Dr Lavers said.

This remote island is very difficult to access and has never had a clean up operation.

The study is detailed in the paper attached published in PNAS.

Jennifer L. Lavers and Alexander L. Bond, 2017. Exceptional and rapid accumulation of anthropogenic debris on one of the world's most remote and pristine islands. Proceedings of the National Academy of Sciences (PNAS), www.pnas.org/cgi/doi/10.1073/pnas.1619818114. 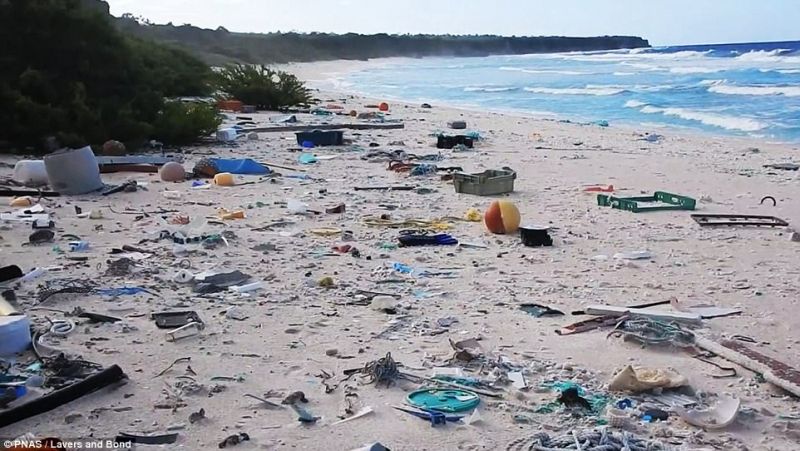