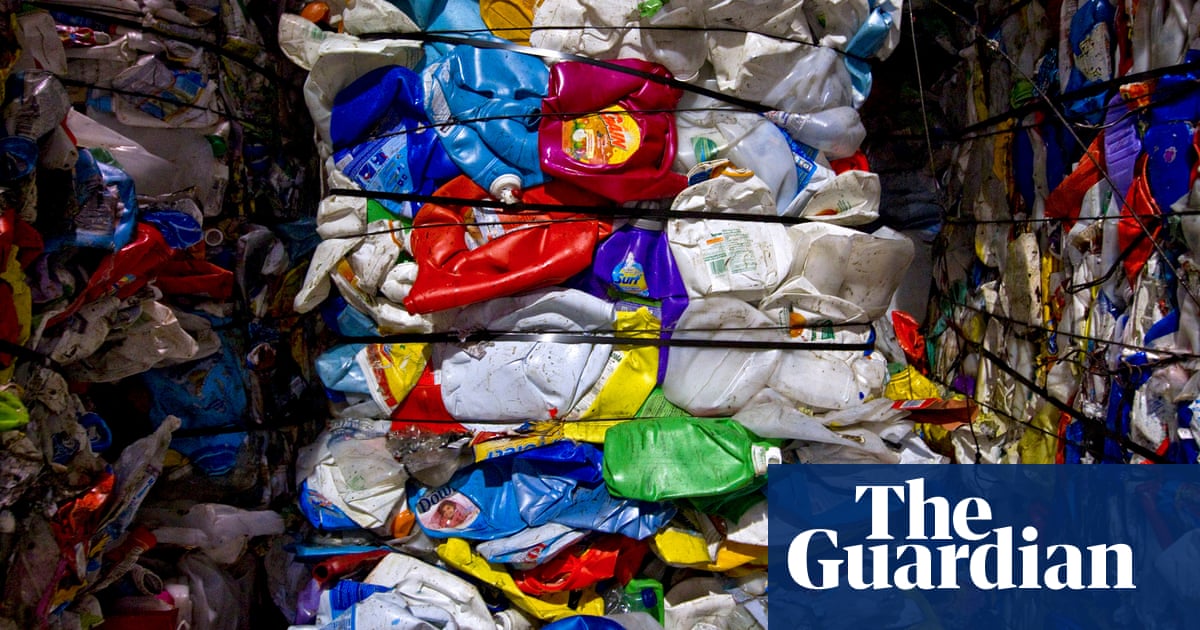 The Guardian is posting a series of articles revealing what happen to our plastic waste..

What happens to your plastic after you drop it in a recycling bin?

According to promotional materials from America’s plastics industry, it is whisked off to a factory where it is seamlessly transformed into something new.

This is not the experience of Nguyễn Thị Hồng Thắm, a 60-year-old Vietnamese mother of seven, living amid piles of grimy American plastic on the outskirts of Hanoi. Outside her home, the sun beats down on a Cheetos bag; aisle markers from a Walmart store; and a plastic bag from ShopRite, a chain of supermarkets in New Jersey, bearing a message urging people to recycle it.

Tham is paid the equivalent of $6.50 a day to strip off the non-recyclable elements and sort what remains: translucent plastic in one pile, opaque in another.

A Guardian investigation has found that hundreds of thousands of tons of US plastic are being shipped every year to poorly regulated developing countries around the globe for the dirty, labor-intensive process of recycling. The consequences for public health and the environment are grim.

A team of Guardian reporters in 11 countries has found: 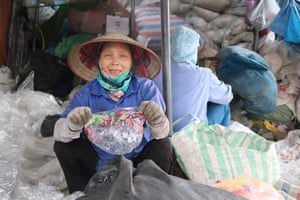 Nguyễn Thị Hồng Thắm is paid $6.50 a day to sort recycling on the outskirts of Hanoi. Photograph: Bac Pham/The Guardian