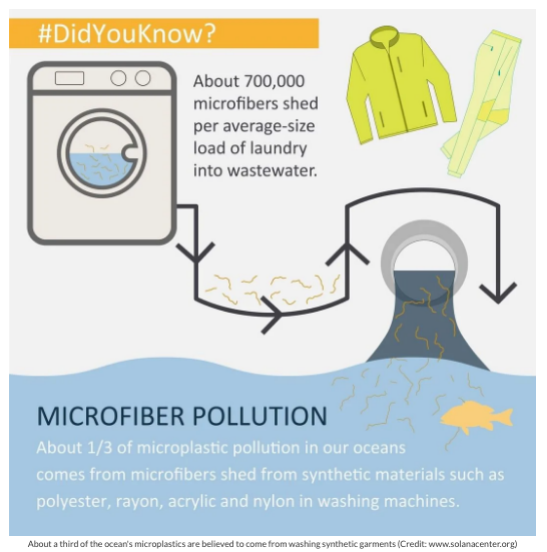 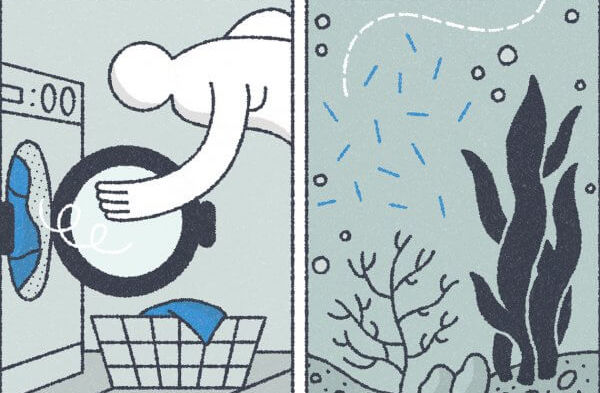 The microfibers shed by synthetic clothing during a laundry cycle are a big contributor to plastic pollution (Credit: Retviews.com)

Clothing made from synthetic materials, such as polyester and nylon, has many positive attributes. It is cheap to produce, lasts for a long time, and is comfortable to wear. However, the fabric, made from petroleum, has one major downside. The tiny polymer strands — or what we call lint — that shed from the textiles during each laundry cycle are big contributors to plastic pollution. Now, some scientists from Lithuania have found a way to recycle the textile waste into clean energy.

Dr. Samy Yousef, a senior researcher at the Kaunas University of Technology (KTU), who led the study, says, "Lint-microfibers are classified as microplastics. Whereas large plastic items can be sorted out and recycled relatively easily, this is not the case with microplastic — tiny plastic pieces, less than 5 mm in diameter. Large quantities of microplastics are being washed down our drains and enter our seas, threatening the environment." 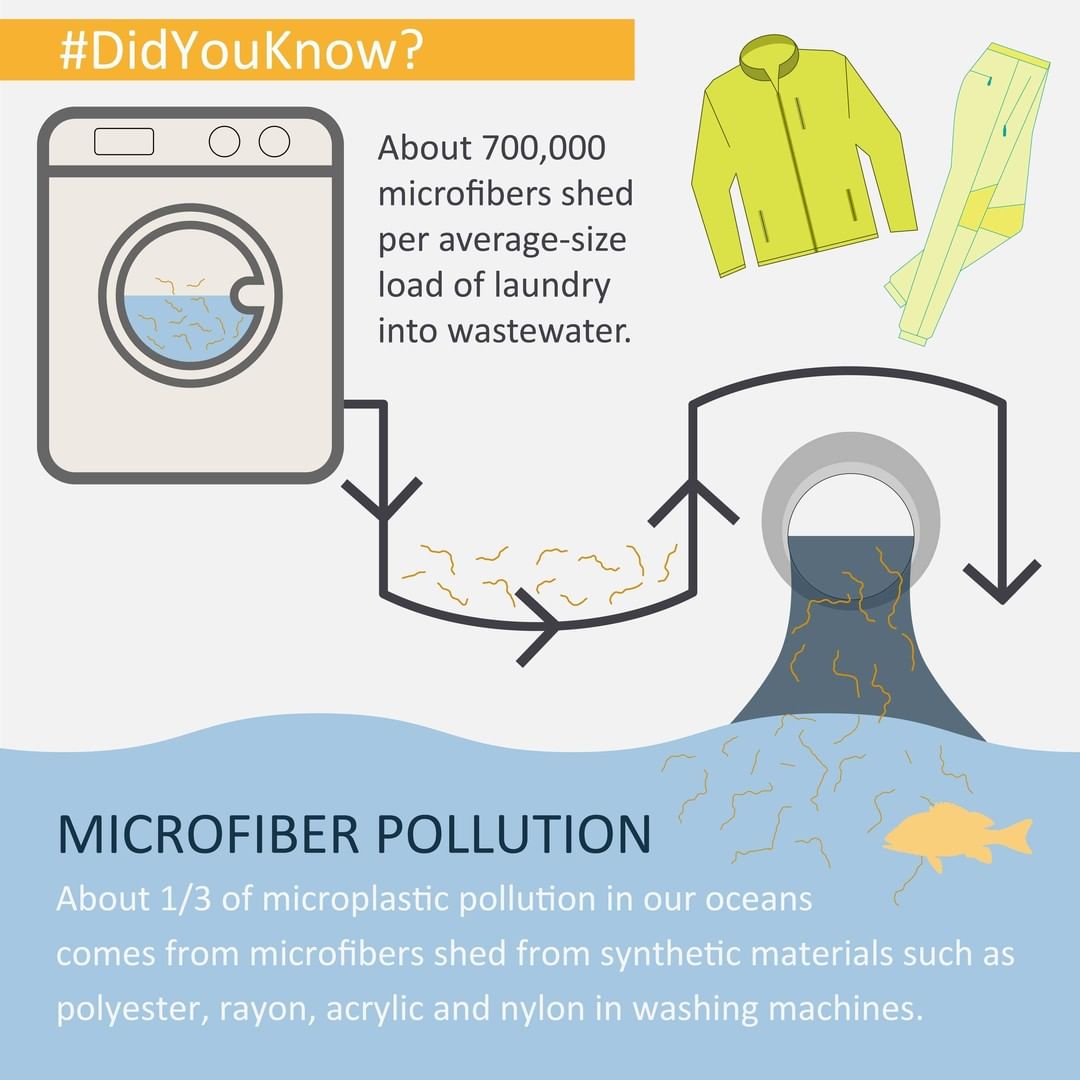 About a third of the ocean's microplastics are believed to come from washing synthetic garments (Credit: www.solanacenter.org)

The researchers began by collecting lint from dryers across KTU's dormitories. The international student population enabled them to obtain a wide diversity of materials. They then used a technique called pyrolysis to transform the textile waste into useful energy. The process entails heating the lint without oxygen. This causes the microfibers to decompose into combustible gases and charcoal.

The team, who published their findings in the journal  Science of the Total Environment  on March 25,   2021 ,  revealed that they were able to extract three energy products — oil, gas, and charcoal — from the lint. More importantly, about 70 percent of the waste was converted into energy. Mathematical models done by the researchers indicate that converting 45 tons of microfibers — the amount generated by just one million people annually — could yield 13.8 tons of oil, 21.5 tons of gas, and 9.7 tons of charcoal, and result in an overall profit of about $120,000. 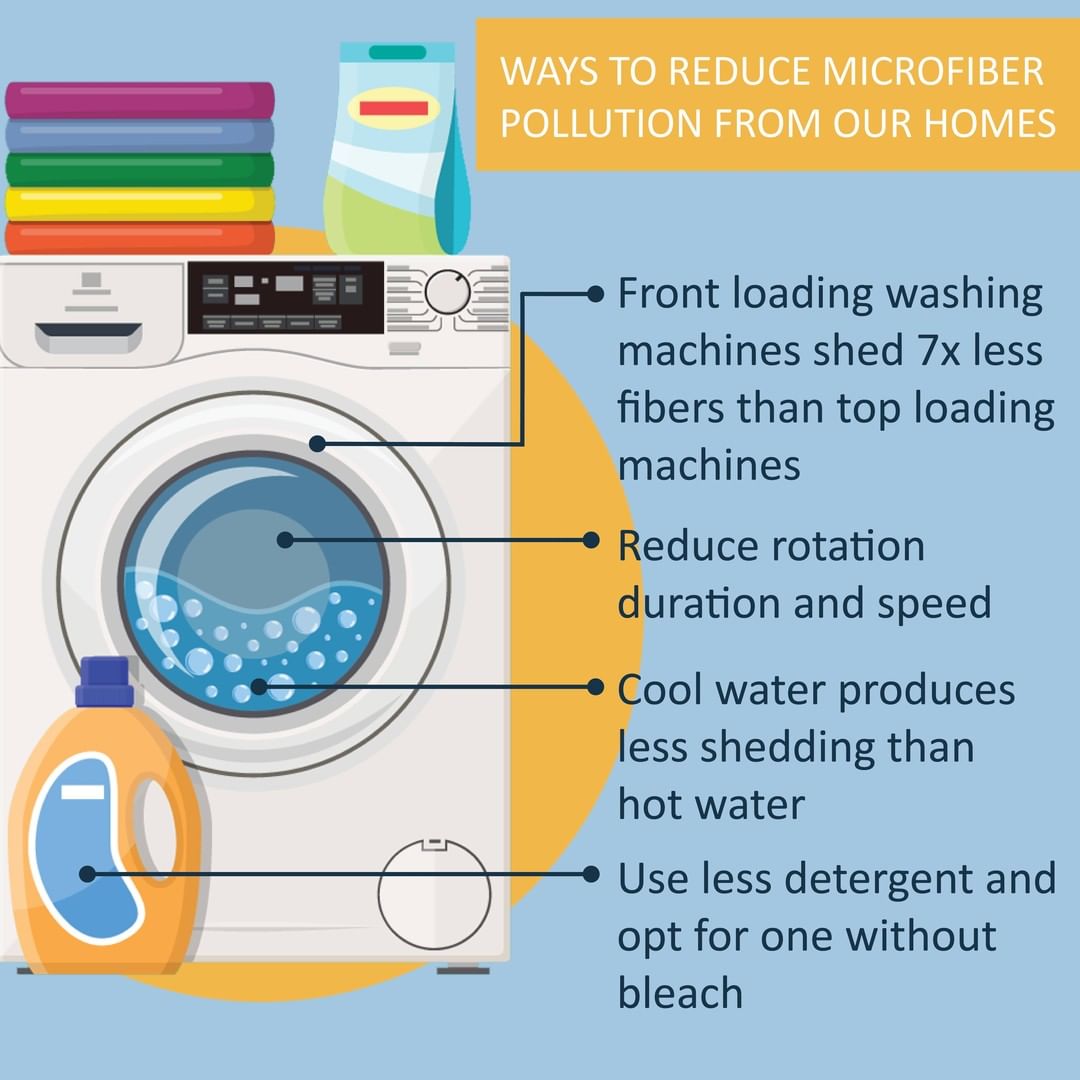 Simple actions can help reduce your impact on the environment (Credit: www.solanacenter.org)

Dr. Yousef has even thought of an innovative way to gather the household waste. The researcher says, "I believe that the collection system, similar to deposit-return for drink containers, could be developed based on our research. A household would bring the lint-microfiber from their drying machine filters to a collection point and receive some kind of compensation for it."

Though the technology is encouraging, it will take time to perfect and deploy on a large scale. Also, while it recycles the lint in the dryer, it does nothing to prevent the millions of tons of microfibers that get released with the water during the washing cycle. While we cannot stop doing laundry, there are some easy ways to reduce our environmental impact. Washing synthetic clothes less frequently, doing full loads, and line drying them all help reduce the number of microfibers shed.