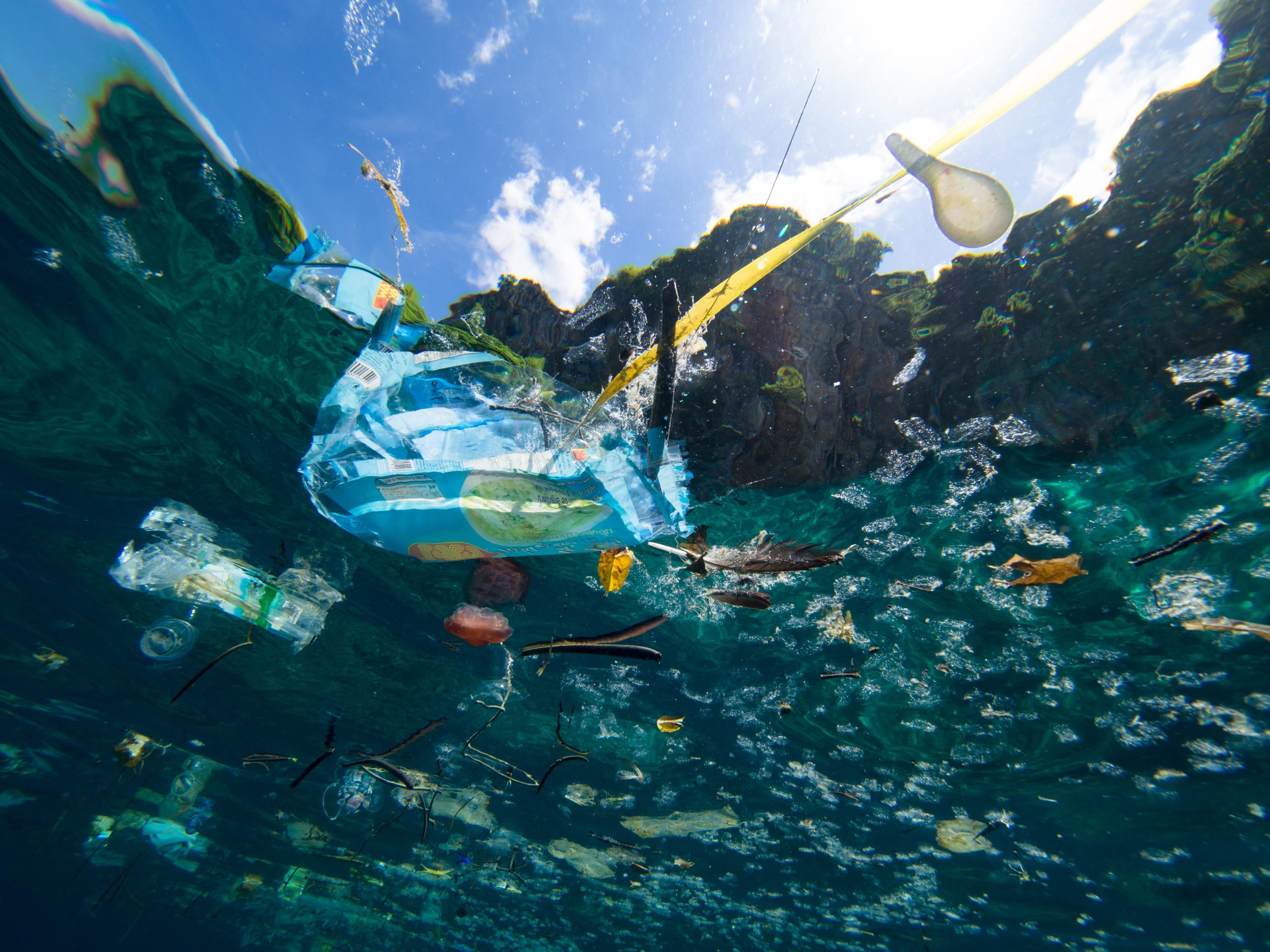 An attempt to locate millions of tons of “missing” plastic in the world’s oceans has thrown up two locations that may contain enormous, previously unreported patches of debris.

Plastic has risen to the top of the environmental agenda after scientists sounded the alarm about the potential impact it as having on marine life.

Best estimates suggest 10 million tons of plastic are dumped in the sea every year.

Images of turtles and whales choking or becoming tangled in this debris cemented the issue in the public conversation, as did discussion of the “Great Pacific garbage patch” where ocean currents cause the world’s plastic to accumulate.

In reality the Pacific patch is one of at least five major accumulation zones, with others located in coastal regions around the Mediterranean and in Southeast Asia.

Much attention has focus on the plastic floating on the surface, but this accounts for less than 1 per cent of the total plastic thought to be in ocean.

To trace the likely fate of the remaining 99 per cent, scientists at Newcastle University used computer models and identified two likely locations for accumulation zones that had previously slipped under the radar

The Gulf of Guinea region and the East Siberian Sea may be hosting large quantities of plastic that cannot be easily viewed from the water surface, as up to 70 per cent of plastic debris is thought to sink and remain on the sea floor.

“There's a need to find the unaccounted for plastic in the ocean mainly because if we don't know the extent of the problem, then there's no way of knowing the potential implications it has,” explained Alethea Mountford, a PhD Student at Newcastle University who led the study.

“Once the plastics reach the water column, the greatest impact would be on marine organisms through ingestion and entanglement,” she said.

“Plastics that reach the seafloor can be ingested by bottom-dwelling organisms, and may have other implications with the seafloor ecosystem itself, for example through inhibition of gas exchange leading to a lack of oxygen within the sediments.”

These results are being presented at Challenger Conference in Newcastle on Thursday.

Professor Richard Thompson, a researcher at the University of Plymouth who has pioneered research into microplastic pollution, said the study was “really interesting piece of work”.

However, he noted that proper exploration would be required to confirm the presence of the new “garbage patches”.

“Nonetheless it’s a very interesting study and helps take us forward helping prioritise where we should focus on fields sampling,” he said.

Ms Mountford agreed that the next priority would be to confirm their predictions by sampling the sea floor and the very deepest parts of the ocean to search for large plastic accumulations.

While talk of “garbage patches” conjures images of enormous plastic islands, the reality is that many of the fragments found in these areas are tiny, meaning proper scientific surveys are necessary to understand their extent.

“It may seem as though once we can't identify or find the plastics, they don't matter,” said Ms Mountford.