The January 1 plastic ban, and doing your bit to save the planet 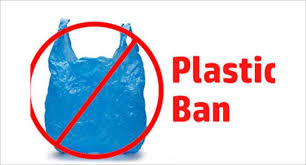 While our Race for Water Ambassador vessel is docked in Fiji for the end of the year.. in Samoa, our previous Odyssey stopover, the Ministry of natural Resources and Environment (MNRE) and the Government of Support force locally the ban on the use of single plastic bags and straws.

We are only four days away from bringing down the curtain on what has been a challenging yet exciting year.

And we could not help but notice that Samoa is only four days away, from bringing into effect a nationwide ban, on the use of single plastic bags and straws.

Styrofoam food containers and cups will follow, which will perhaps make an impact over the long-term on the income of families and the small to medium-size enterprises, who are making a living out of Samoa’s famous BBQ packs.

And it would not hurt making one or two New Year resolutions with 2019 just around the corner — in our bid to support the Ministry of natural Resources and Environment (MNRE) and the Government of Support — to tick the boxes to save our Blue Pacific and rid the ocean of plastic.

Prime Minister Tuilaepa Dr. Sa’ilele Malielegaoi came back from the United Nations Climate Change Conference in Poland (COP24) early this month disappointed, that the close to 200 nations in attendance failed to reach consensus on rules to govern the Paris Agreement.

“That’s normal for these countries, it’s understandable that these countries continue to delay as much as possible because they get their money from the sale of oil and the use of coal. But the damage that is done now is attributable to coal and the emissions from the burning of fossil fuels,” he said upon his return.

Sadly, that is the paradox of big international forums such as the COP24, where a State’s national interest — at most times — can reign supreme over that of developing and less-developing nations such as Samoa and other Pacific Island nations. It is what it is — so we have to get back to our own backyards — to see how we can think globally but act locally. Hence the decision by the Government last year to introduce the ban on the use of single plastic bags and straws is a step in the right direction.

And with the MNRE taking charge of enforcing the ban in consultation and partnership with the relevant Government agencies, it is perhaps a good time to check if there is an alternative to Styrofoam food containers and cups — which members of the public can use.

Last month the Race for Water Foundation made a one-week stopover in Apia as part of their world tour to raise awareness on pollution in different oceans of the world and the need for plastic to be removed.

Peter Charaf of the Amsterdam-registered not-for-profit organisation told Samoa Observer that they might return—after the completion of their five-year world tour—to assist Samoa tackle its plastic pollution.

“Depending on the results of our study here about the plastic waste situation, we might try and come back to implement the solution of transforming plastic waste into electricity,” he said in an interview.

It is good to see different stakeholders in the global debate on plastic pollution and its impact on the ocean reaching out to Samoa. The implications of plastic pollution on the wider Samoan and Pacific Island community are huge, especially in terms of food security, and can have a bearing on our long-term future as coastal and island communities.

While the Government hopes its ban — effective from January 1, 2019 against single plastic bags and straws — will go a long way in mitigating plastic pollution. It would not hurt asking donor partners for technical advice on how the country’s large amount of plastic waste can be processed, and whether shipping plastic waste to other countries for recycling is a viable option. The landfill option— which the MNRE oversees in Samoa — has been in use for years. But the increase in the use of plastic products in Samoa and access to more land — to cater for the growing size of waste management landfills — should compel stakeholders to consider alternatives going forward.

But there would be no need for the above if the Government’s ban on the use of single plastic bags and straws — and Styrofoam food containers and cups to follow — is policed effectively nationwide.

So with that in mind lets make this happen, support the ban, and do all we can to support this initiative for the benefit of future generations of Samoa.