There is a considerable risk that plastic waste in the environment releases nano-sized particles known as nanoplastics , according to a new study from Lund University. The researchers studied what happened when takeaway coffee cup lids, for example, were subjected to mechanical breakdown, in an effort to mimic the degradation that happens to plastic in the ocean. 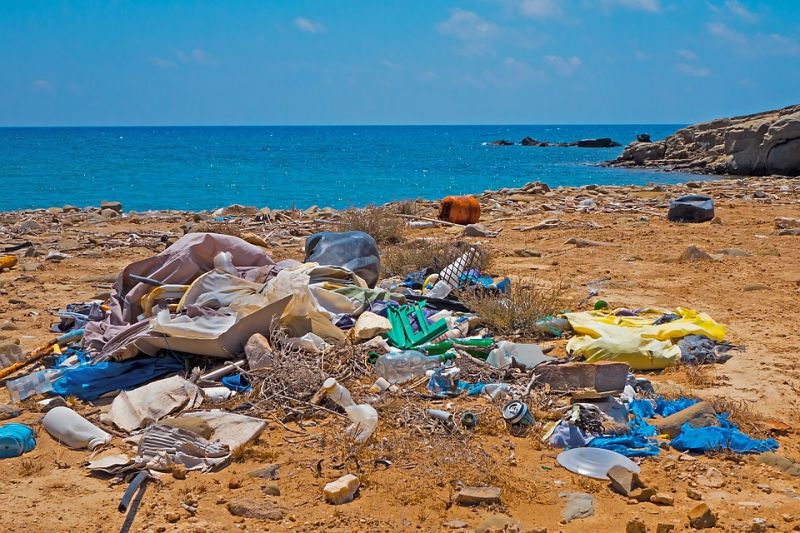 The majority of all marine debris is plastic. Calculations have shown that ten per cent of all plastic produced globally ends up in the sea. This plastic waste is subjected to both chemical and mechanical degradation. The sun’s UV rays contribute to the degradation, as do waves, which cause plastic waste to grind against stones on the water’s edge, against the sea floor or against other debris.

Is there a risk that this plastic waste disintegrates to the extent that nanoplastics are released? The research community is divided on whether the degradation process stops at slightly larger plastic fragments – microplastics – or actually continues and creates even smaller particles. The researchers behind the study have now investigated this issue by subjecting plastic material to mechanical degradation under experimental conditions.

“We have been able to show that the mechanical effect on the plastic causes the disintegration of plastic down to nano-sized plastic fragments,” says Tommy Cedervall, chemistry researcher at Lund University.

The study relates to the larger issue of what happens to plastic in the environment and how plastic can affect animals and humans. Plastic nano-sized particles are a few millionths of a millimetre, i.e. extremely small particles, so small that they have been shown to reach far into living organisms’ bodies.

Last year, in an earlier study from Lund University, researchers showed that nano-sized plastic particles can enter the brains of fish and that this causes brain damage which probably disturbs fish behaviour. Although the study was conducted in a laboratory environment, it indicates that nanoplastics can lead to adverse consequences.

The emphasis of a number of other recent studies from the research community has been on microplastics and their increased distribution among organisms. There are now intense attempts to also identify nanoplastics in the environment.