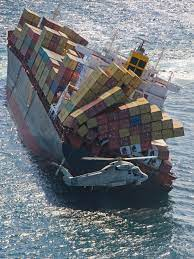 Sri Lanka is facing the worst environmental disaster in its history after a cargo ship carrying chemicals caught fire off its coast, spilling microplastics across the country’s pristine beaches and killing marine life.

The fire on MV X-Press Pearl, a Singapore-registered ship, broke out on 20 May and has been burning ever since. The Sri Lankan navy and Indian coastguard have been trying to reduce the flames for more than 10 days.

The 25-person crew was evacuated but the firefighting operation has been complicated by monsoon winds and the highly flammable and poisonous cargo. The ship was carrying 25 tonnes of nitric acid, sodium hydroxide and other dangerous chemicals as well as 28 containers of raw materials used to make plastic bags. It also had more than 300 tonnes of fuel in its tanks.

Though officials said the worst of the fire had been extinguished, explosions continued to be heard and thick smoke and small flames could be seen from the vessel over the weekend, which is anchored nine miles off the capital, Colombo.

It is feared the chemical spill has already caused untold damage to Sri Lanka’s coastline, including the popular tourist resorts of Negombo and Kalutara, with beaches thickly coated in microplastics and an oil slick visible in the surrounding ocean. The plastic pellets used to make plastic bags can be fatal to marine life and dead sea turtles, fish and birds have already begun washing up on beaches. 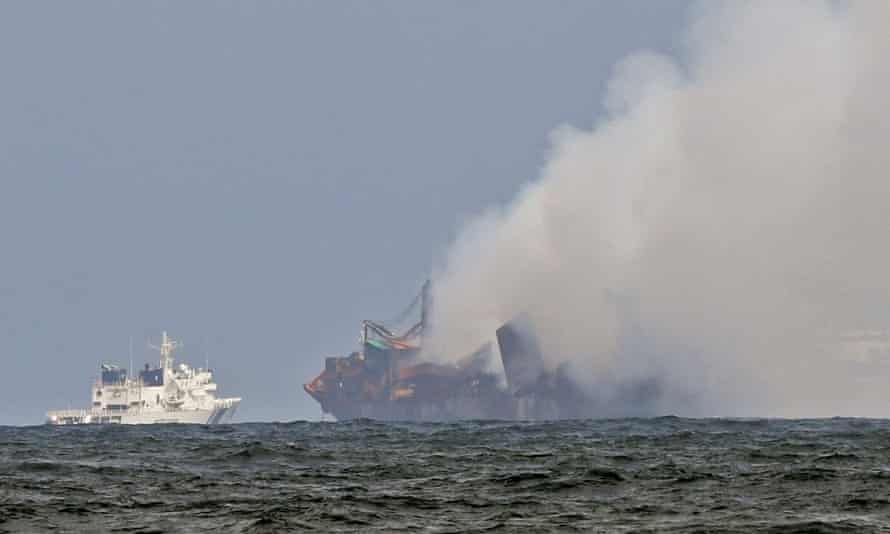 Local people have been told not to touch any of the debris as it could be highly toxic and fishing has been banned within a 50-mile radius of the scene.

“With the available information so far, this can be described as the worst disaster in my lifetime,” said Dharshani Lahandapura, the chair of the Marine Environment Protection Authority. The MEPA said the chemicals had leaked into the sea and contaminated the water, probably causing ecological damage to coral reefs, lagoons and mangroves that could take decades to repair.

Thousands of navy personnel in protective gear have been deployed on a cleanup operation to remove the thick layer of plastic pollution and chemical waste that has begun coating the shores, with bulldozers used to move the waste.

The government has promised an investigation into the disaster and a special police team has been assembled to question the captain and crew. Authorities believe the disaster was caused by a nitric acid leak.