Ridding Our Waters of Plastic Waste With Jellyfish Filters 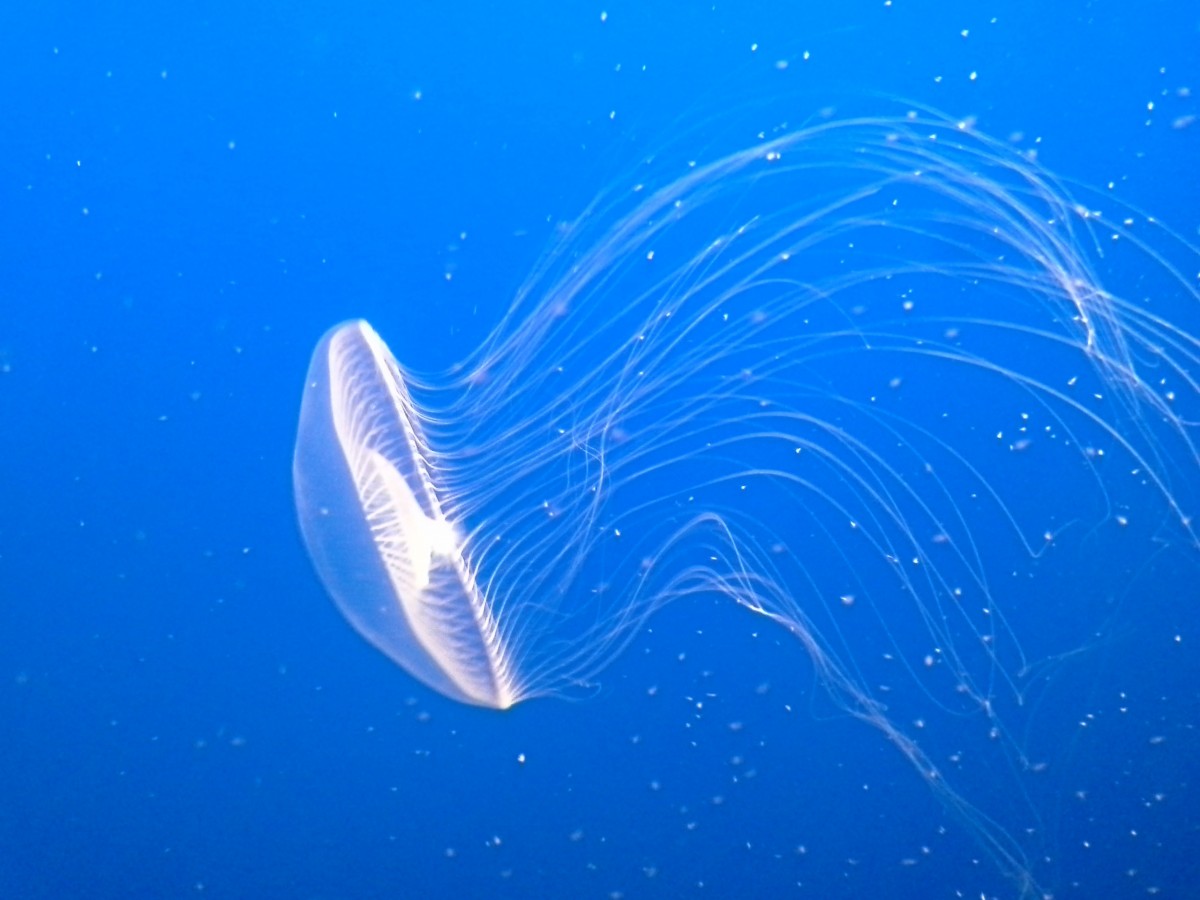 What do microplastic filters, fertilisers and fish feed have in common? They can all be produced using jellyfish! At least, that’s what one research team has set out to prove as they look into reducing the plastic waste in our oceans.

The quality of our seas and oceans is deteriorating at an alarming rate. One major problem is plastic pollution. According to estimates, more than 150 million tonnes of plastic have already accumulated in the world’s oceans, and up to 12.7 million tonnes are added every year. To top that, our marine environments also have to contend with rising water temperatures, ocean acidity and overfishing, all of which affect marine life. One affected sea creature is the jellyfish, which these conditions seem to favour, leading it to congregate in large masses, called blooms. Jellyfish blooms have an adverse impact on tourism, aquaculture, fishing industries and the prosperity of coastal communities.

The recently launched EU-funded project GoJelly is tackling the problems of plastic pollution and jellyfish blooms through a single ingenious approach. It’s using one problem – the proliferation of jellyfish – to solve the second problem of microplastic waste in the world’s oceans.

A filter for microplastic waste

Microplastic particles, tiny particles of plastic less than 1 mm in size, come from two main sources. They’re either produced industrially for use in consumer products or break down and fragment from large plastic items. The degradation process can happen in the sea or on land, and also through the natural use of plastic products. In the marine environment, dense plastics sink to the bottom of the sea, making them more difficult to remove. Further exacerbating the problem, even buoyant microplastics – in fact more than 90 % of them – end up on the seabed. They’re either eaten by other organisms and transferred to the ocean floor, or get caught up in other particles and carried there.

GoJelly intends to mitigate the problem of microplastic pollution using the mucus produced by jellyfish. Taking advantage of the ability of jellyfish mucus to bind microplastic, the GoJelly researchers plan to use it to develop a microplastics filter for commercial and public use. The biofilter created will be used in wastewater treatment plants and in factories where microplastic is produced. This could help prevent much of the microplastic particles from getting into marine systems.

Other commercial uses for jellyfish

Besides using their mucus to develop a biofilter, the project partners are also researching other sustainable uses for jellyfish. Options include their use as fish feed in aquaculture, as agricultural fertilisers and the use of their collagen in cosmetic products. Jellyfish can even be used as food, something that the GoJelly project intends to promote by publishing a cookbook with dishes prepared using jellyfish.

“We hope that not only we will widen our knowledge about jellyfish and their lives, but also lay the groundwork for innovative and environmentally friendly new products that will eventually create new jobs,” says Dr Jamileh Javidpour from Germany’s GEOMAR Helmholtz Centre for Ocean Research Kiel, in a news item posted on the project coordinator’s website.

The next stages of GoJelly (GoJelly - A gelatinous solution to plastic pollution) include testing various plastic particles and harvesting jellyfish from the sea. Once developed, GoJelly biofilters will be tested and demonstrated in the Norwegian, Baltic and Mediterranean Seas by a broad range of stakeholders, including commercial fishers and industry partners.