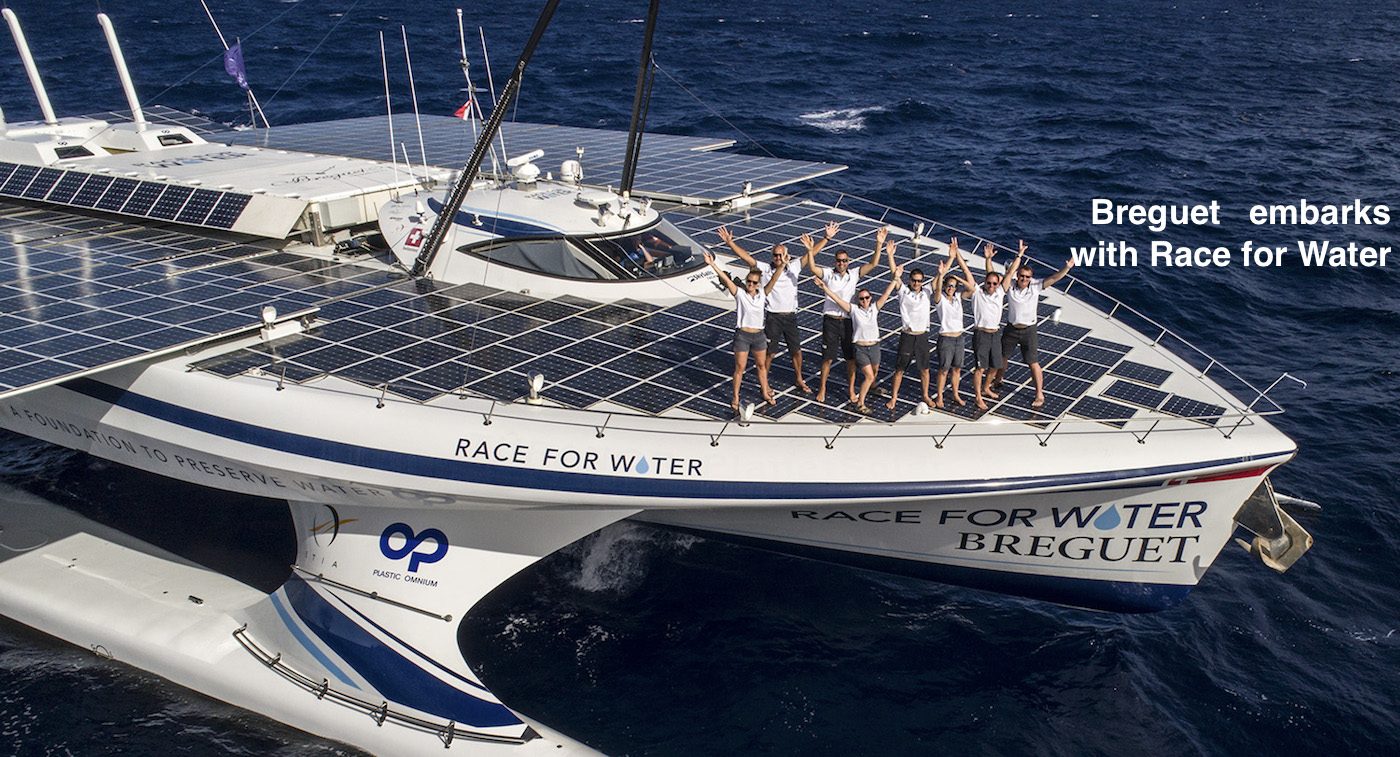 Geared up for scientific expeditions, the Race for Water vessel underwent a complete refit in 2016 in order to offer optimal working conditions on-board. Thanks to her 90m2 dedicated to science, her stability and her self-sufficiency in terms of energy, the catamaran is able to host teams of five to seven researchers aboard, as well as students. Since her departure in April 2017, the Race for Water platform has welcomed over 23 researchers, including 12 scientists from the European JPI Oceans programme with the collaboration of local scientists in Bermuda (in June-July 2017), in Cuba (in August 2017) and in Guadeloupe (October 2017).

“ Set up in 2011, JPI Oceans is a strategic programme geared towards coordinating marine research and responsible for the launch of the “Ecological Aspects of Microplastics” programme grouping together 4 projects to assess the impact of microplastics in marine ecosystems, including EPHEMARE and WEATHER-MIC .

EPHEMARE, led by Professor Ricardo Beiras (University of Vigo, Spain), is studying the eco-toxicological effects of microplastics on marine ecosystems. Within the context of this project, samples were taken of microplastics at the water surface, sediments, plankton and endemic marine organisms (fish, crustaceans and bivalves…) across two sites in Bermuda (Whale Bone Bay and Well Bay) and in Guadeloupe (Petit Bourg and Capesterre) by 9 European scientists (from the University of Bordeaux in France, the University of Antwerp in Belgium, the University of Vigo in Spain, and the Marche Polytechnic University and the CNR-ISMAR Institute of Marine Sciences Marine in Italy) in collaboration locally with Anne Hyde from Keep Bermuda Beautiful and Dr Struan Robbie Smith in Bermuda, followed by Dr Soazig Lemoine from the University of the French West Indies in Guadeloupe. Different forms of analysis (dissection, identification, chemistry and toxicity) regarding samples and microplastics taken during these two campaigns are currently underway in 4 European universities, which are partnering the EPHEMARE project.

WEATHER-MIC led by Dr Annika Jahnke (Helmholtz Centre for Environmental Research (UFZ) Leipzig, Germany) and Dr Hans Peter H. Arp (NGI (Norwegian Geotechnical Institute) Norway) is aiming to understand the various stages of aging of microplastics and the effect that this has in the marine environment. Dr Hans Peter H Arp and 2 scientists from the NGI also involved in the project took a series of samples offshore of the Cuban coast and as far as Havana with the support of Prof Carlos Manuel Alonso Hernandez and 6 other Cuban scientists from the CEAC.

The samples taken at the surface of the water, at different depths in the head of water and in the submerged sediment have been split between the scientists from the NGI and the CEAC with a view to producing a shared analysis. Certain samples (the most interesting) will be sent to other teams from the WEATHER-MIC project so they can take a closer look at the signs of aging based on the “fingerprinting of aging” developed by the JPI Oceans network.”

Kim Van Arkel continues: “New scientific missions are in the pipeline aboard the Race for Water vessel, starting with the samples of plastic particles taken by the crew while sailing from Concepcion (Chile) to Tahiti (French Polynesia) for the “Plastisphère” project led by Dr Linda Amaral Zettler and Dr Erik Zettler, both researchers at the NIOZ, the Royal Netherlands Institute for Marine Research. This project explores the communities associated with the plastic particles floating on the surface of the ocean. Our journey into the South-East Pacific, where few samples are taken today, is very important for this research. Other scientific missions will also be welcomed aboard the Race for Water platform and these will be unveiled as the vessel is making headway.”