Race for Water blocked by the tropical cyclone Harvey.. 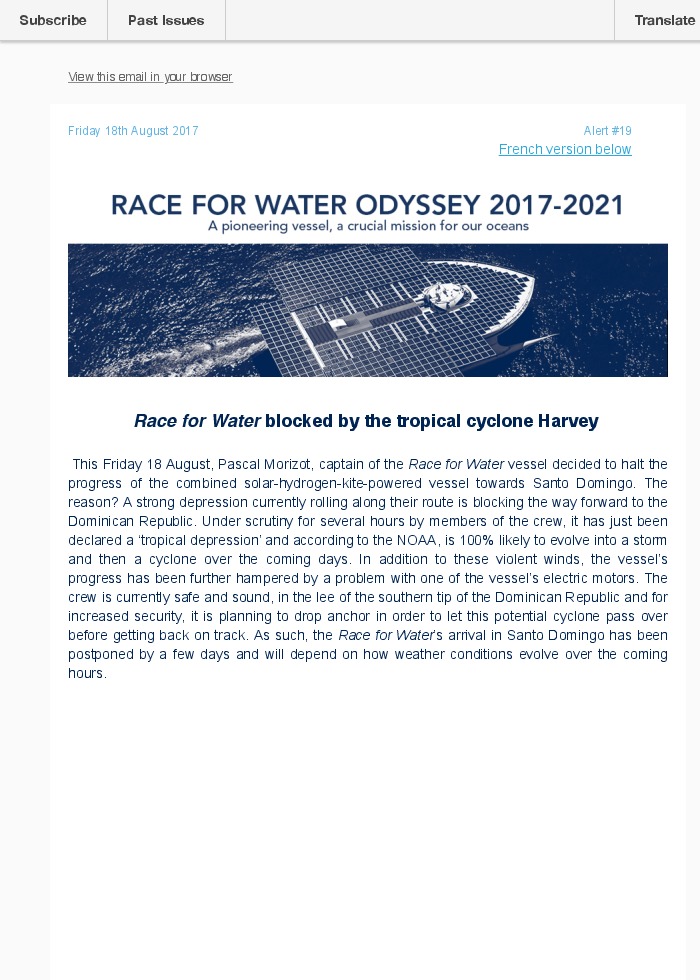 This Friday 18 August, Pascal Morizot, captain of the  Race for Water  vessel decided to halt the progress of the combined solar-hydrogen-kite-powered vessel towards Santo Domingo. The reason? A strong depression currently rolling along their route is blocking the way forward to the Dominican Republic. Under scrutiny for several hours by members of the crew, it has just been declared a ‘tropical depression’ and according to the NOAA, is 100% likely to evolve into a storm and then a cyclone over the coming days. In addition to these violent winds, the vessel’s progress has been further hampered by a problem with one of the vessel’s electric motors. The crew is currently safe and sound, in the lee of the southern tip of the Dominican Republic and for increased security, it is planning to drop anchor in order to let this potential cyclone pass over before getting back on track. As such, the  Race for Water ’s arrival in Santo Domingo has been postponed by a few days and will depend on how weather conditions evolve over the coming hours.