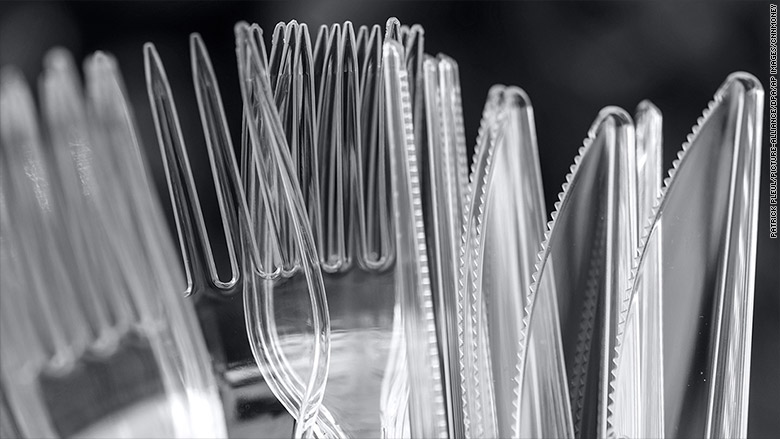 Europe is proposing a ban on single-use plastic items such as cutlery, straws and cotton buds in a bid to clean up the oceans.

The European Commission wants to ban 10 items that make up 70% of all litter in EU waters and on beaches. The list also includes plastic plates and drink stirrers.

The draft rules were unveiled Monday but need the approval of all EU member states and the European Parliament. It could take three or four years for the rules to come into force.

The legislation is not just about banning plastic products. It also wants to make plastic producers bear the cost of waste management and cleanup efforts, and it proposes that EU states must collect 90% of single-use plastic bottles by 2025 through new recycling programs.

The European Commission estimates that these rules, once fully implemented in 2030, could cost businesses over €3 billion ($3.5 billion) per year. But they could also save consumers about €6.5 billion ($7.6 billion) per year, create 30,000 jobs, and avoid €22 billion ($25.6 billion) in environmental damage and cleanup costs.