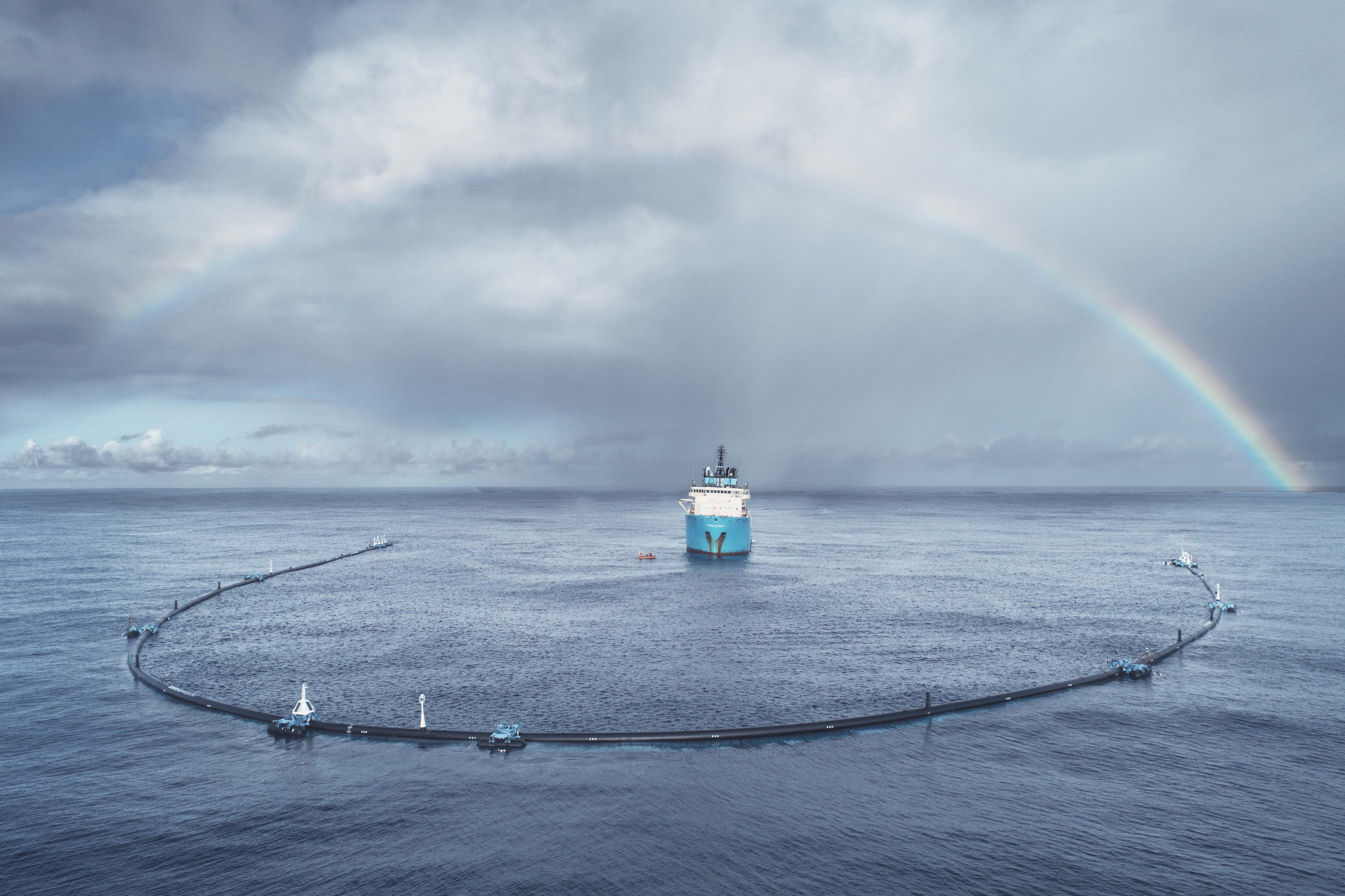 Ocean Cleanup device in Great Pacific Garbage Patch breaks, will be towed back to port 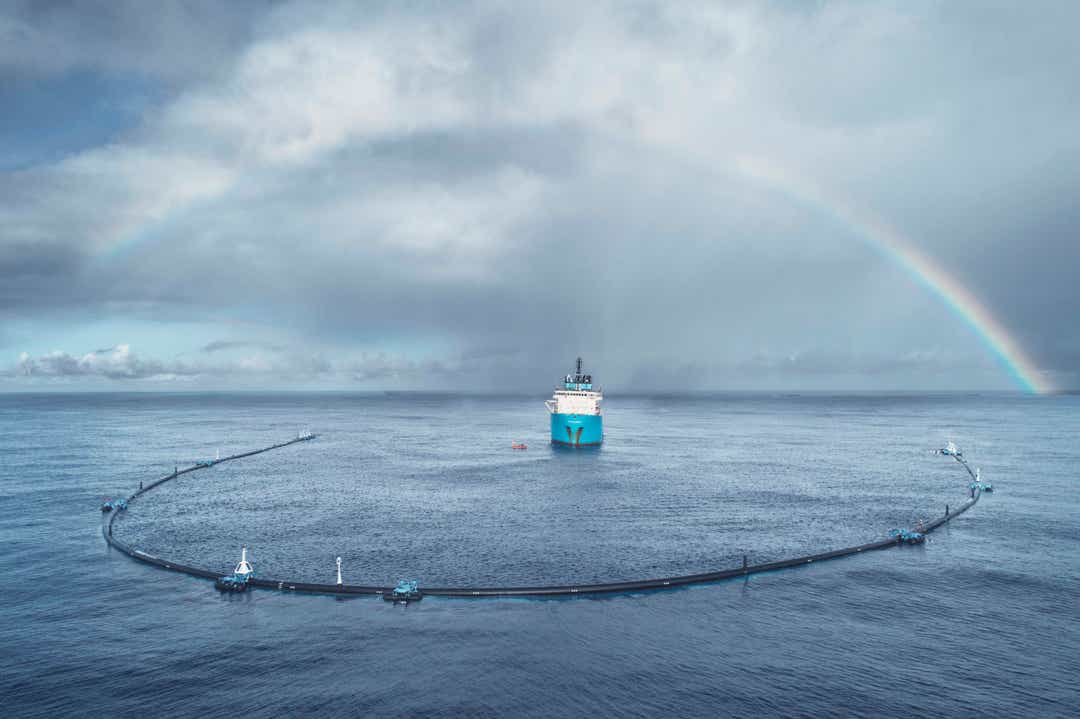 The Ocean Cleanup system deployed in the Great Pacific Garbage Patch to sweep up plastic trash at the ocean's surface.

SAN FRANCISCO – A 60-foot chunk of the Ocean Cleanup device, deployed with much fanfare in the Great Pacific Garbage Patch in October, has broken off and the entire plastic collection system will now be towed back to port for an overhaul and upgrade.

The break was discovered on Dec. 29 during a routine inspection by the cleanup system’s crew. A 60-foot end section of the 2,000-foot boom that corrals the plastic had detached, Boyan Slat, Cleanup’s CEO, posted on the Dutch non-profit’s blog on New Year’s Eve.

The fracture was caused by material fatigue, he wrote. That’s likely because of the intense action of the waves that puts tremendous stress on objects in the water.

“We will set sail as soon as an appropriate weather window is available," Slat said.

The Ocean Cleanup is a passive system involving a 2,000-foot floating series of connected 4-foot booms that form a giant horseshoe at the surface of the ocean. Below that hangs a 9-foot skirt that corrals the tiny pieces of plastic trash that float in the water. The action of the currents and waves is meant to push trash into the system’s center while the micro-plastic, as it's called, is captured by the hanging barrier.

The system was towed out to sea from its building berth on San Francisco Bay on Sept. 8, 2018, and was first deployed about 240 nautical miles offshore where it was tested for two weeks. It was then towed to the Great Pacific Garbage Patch nearly 1,400 miles off the West Coast, about halfway between California and Hawaii.

The non-profit is based in Rotterdam in the Netherlands, a center for marine engineering. But the prototype was built in San Francisco Bay in part because it’s close to the world’s largest ocean garbage area, the Great Pacific Garbage Patch. 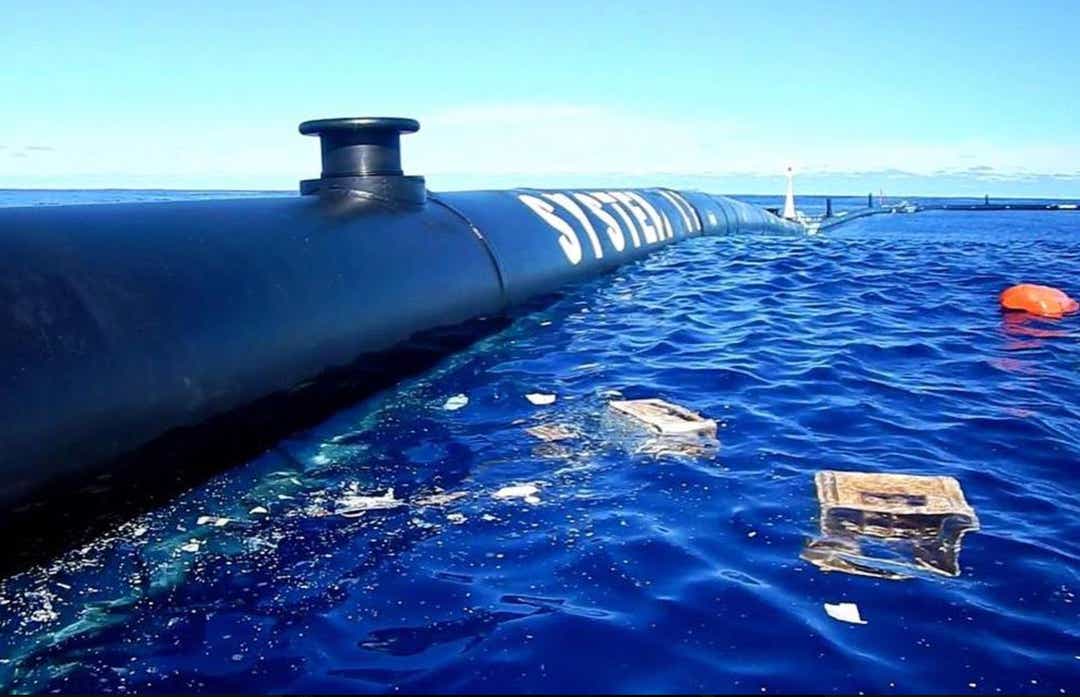 The first pieces of plastic trash captured by the Ocean Cleanup system once it was put into place in the Great Pacific Garbage Patch in mid-October, 2018. They include two plastic crates, five discarded fishing nets and several bottles and other plastic debris.

The break is the second problem that’s popped up since the system was first deployed in October. In late November the group said it wasn’t holding on to the plastic it collected. The system was moving too slowly at times to keep the plastic inside the U-shaped device, allowing it to float out again. Sometimes the plastic even moves faster than the system, effectively outrunning it.

In his New Year’s Eve post, Slat wrote that he was “quite bummed about” the problem. However, he added that “setbacks like this are inevitable when pioneering new technology at a rapid pace. Being in port provides us with the opportunity to make upgrades to the system.”

Wilson collected about 4,500 pounds of plastic during the past few weeks. That’s a far cry from the 2,200 pounds the group believed it would capture per week.

“We believe these teething troubles are solvable, and the cleanup of the Great Pacific Garbage Patch will be operational in 2019,” Slat wrote.

It’s not surprising that a long, floating object would suffer severe stress when subjected to an ocean environment.

More testing prior to deployment might have revealed the problems earlier, she said.

“They put something out that’s really big and it cost a lot of money. Just 2,000 kilograms of plastic is a pretty small return on investment for $20 million dollars,” she said.