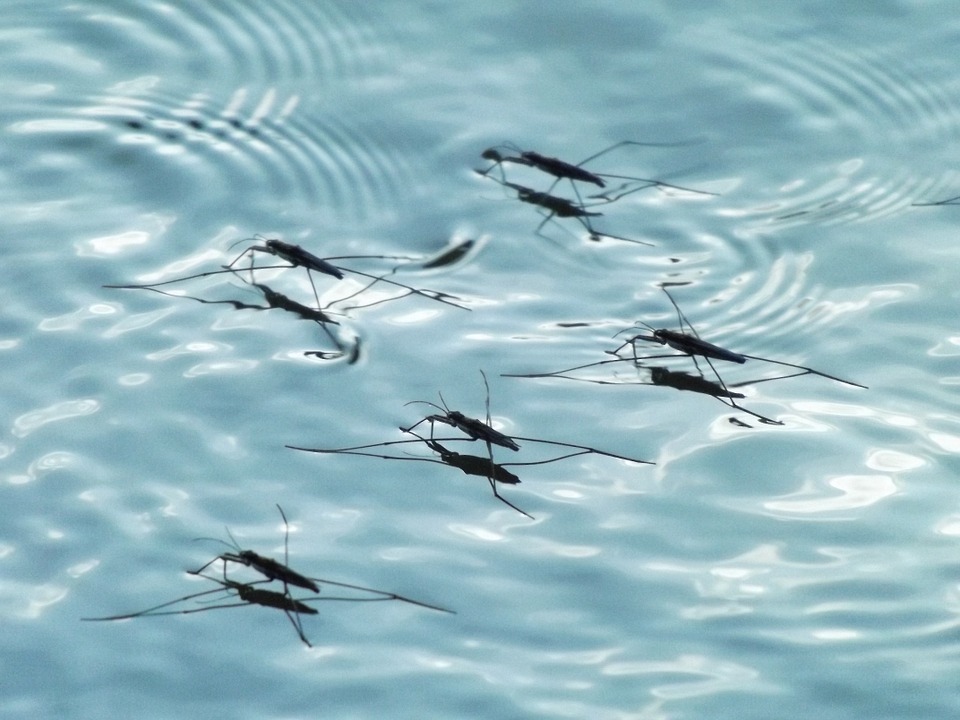 Research led by Cardiff University’s School of Biosciences has revealed that microplastics are widespread in insects from South Wales rivers.

Microplastic fragments - pieces of plastic debris under five millimetres - were found to have been ingested by one in every two insects, and at all the sites sampled.

This first UK study of microplastics in river insects investigated three different kinds of mayfly and caddis larvae and found that all contained plastic material irrespective of their feeding methods.

Fred Windsor, PhD Student at Cardiff University, said: “Every year, between eight and twelve million tonnes of plastics are thought to be entering the World’s oceans, but around four million tonnes of it passes along rivers. In some cases, there can be over half a million plastic fragments per square metre of river bed, so that ingestion by insects is very likely.

The research showed that whilst plastics were found in higher concentrations where wastewater contributed more to river flow, plastics occurred both upstream and downstream of sewage outfalls – indicating that microplastics were entering rivers from widespread sources.

Professor Steve Ormerod, Co-Director of Cardiff University’s Water Research Institute added: “Urban rivers in the UK have been recovering from decades of gross pollution, but growing information illustrates that plastics are a new risk for river organisms not just in towns and cities, but even in some rural areas.

Professor Isabelle Durance, Director of the Water Research Institute at Cardiff University, said: “Although people are more and more aware of the damage caused to ocean wildlife from ingesting plastics, the potential problem of plastics in river ecosystems has been seriously overlooked.

“The water industry, environmental regulators, the plastics and packaging industries, and ordinary people concerned about the environment see this as an increasing priority, and this study provides yet more evidence that we need a fuller assessment of the sources, movements and effects of microplastics as they are transported between the land and sea along rivers.”

The work was funded by a PhD studentship from the Natural Environment Research Council, supervised by Prof Steve Ormerod in Cardiff School of Biosciences and Prof Charles Tyler at the University of Exeter.

The research ‘ Microplastic ingestion by riverine macroinvertebrates ’ is published in   Science of the Total Environment.