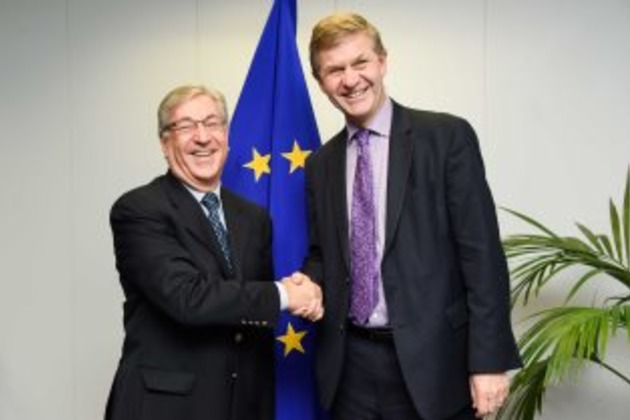 Brussels, 20 December 2016 - Protecting the world's oceans from the rising threats of pollution, marine litter and overfishing will be a top cooperation priority for the European Commission and the UN Environment next year.

European Commissioner for the Environment, Maritime Affairs and Fisheries Karmenu Vella and UN Environment head Erik Solheim agreed that safeguarding the world's oceans, on which more than three billion people depend for livelihoods, is crucial to achieving the Sustainable Development Goals - the world's master plan to end poverty, increase prosperity and protect the environment.

"I am very pleased to have a strong international partner in the UN Environment," said Commissioner Vella "Joining our forces will bring global benefits for oceans on whose health we all depend for our food, our climate, and as engines for sustainable economic growth. But our cooperation goes much further as delivering on the environmental dimension of the SDGs is crucial for turning them from aspiration to reality."

"Few ecosystems stand to benefit more from international cooperation than oceans. We must work together to clean and protect these great expanses and vital sources of biodiversity and human livelihoods. UN Environment is pleased to partner with the Commission to advance ocean protection, along with many other global environmental priorities," said Erik Solheim.

The roadmap agreed today includes joint activities for supporting the implementation of marine policies addressing major pressures, such as pollution and marine litter. The two organizations will closely collaborate at the upcoming UN Ocean Conference in June and the "Our Oceans" conference hosted by the European Union in Malta in October 2017.