Effects of ​Carbon and ​Silicon ​Nanoparticles ​on Marine ​Microalgae 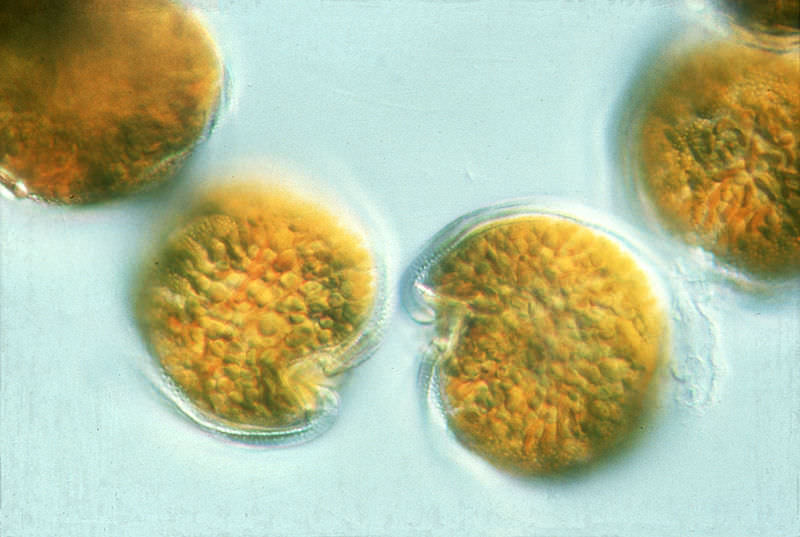 For the past four years, a team of scientists from the Far Eastern Federal University (FEFU), Russian Academic Excellence Project participant, and an international group of toxicologists have been studying the effects of carbon and silicon nanoparticles on marine organisms.

“We already have data on the impact that these elements—which are used in plastic composites and products—have on terrestrial flora and fauna, but there has been no systematic study of the potential damage that nanoparticles can cause to marine life,” said FEFU’s Provost for Research, professor of the Russian Academy of Sciences, and Doctor of Biology Kirill Golokhvast. “Meanwhile, up to 80% of the plastic and composites on the planet end up in the World Ocean, where they decompose over a period of several hundred years.”

Using carbon and silicate nanocomponents significantly improves the physical properties of synthetic products. The use of nanotubes and nanofibers is rapidly increasing in various spheres of the economy. It is estimated that by 2020, the world market of carbon tubes alone will be more than double the figures for 2000 (rising to 5.64 billion dollars).

The subject of the scientists’ study was Heterosigma akashiwo—a species of single-celled marine microalgae from the Peter the Great Bay of the Sea of Japan. This was not a random choice: this type of phytoplankton is widespread in the Far East; it lies at the heart of the marine food chain and is considered a natural “purifier” of water. In addition, microalgae cells have a thin wall, which means they are more susceptible to the effects of the external environment.

The hypothesis of the toxicologists was confirmed: a concentration of nanoparticles in water of 100 mg/litre caused the algae to die. Acute poisoning was noted on the third day of the experiment, and chronic intoxication occurred on the seventh day.

“Silicon nanotubes are far more toxic than carbon nanotubes because they are smaller in size and have hydrophilic properties,” noted the senior researcher of FEFU’s Nanotechnology Research and Education Center, professor of the Medical School at the University of Crete, and Europe’s chief toxicologist, Aristides Tsatsakis.
The researchers believe that nanotubes damage cell membranes, causing them to die, and nanofibers—due to the nickel compounds they contain—lead to the steady deformation of microalgae.

“To reliably assess the impact of nanomaterials on marine flora and fauna and model the risks of them contaminating the World Ocean, we need to conduct a comprehensive study of the problem,” says Kirill Golokhvast. “To start with, however, we are studying the effect of carbon and silicon nanoparticles on individual elements of the marine biosystem. In particular, we already have data not only on microalgae, but also on echinoderms (sea urchins) and molluscs. In collaboration with Indian specialists, we conducted experiments on fish. We are gathering primary information associated with the negative impact of nanomaterials on plant and animal organisms of the World Ocean. As a result, we will create a model of this impact. We need to understand that sooner or later nature will “digest” this pollution. Our scientific task is to accelerate this process. Perhaps we will be able to identify bacteria or fungi that can help with this.”

The Paper: Effects of carbon and silicon nanotubes and carbon nanofibers on marine microalgae Heterosigma akashiwo