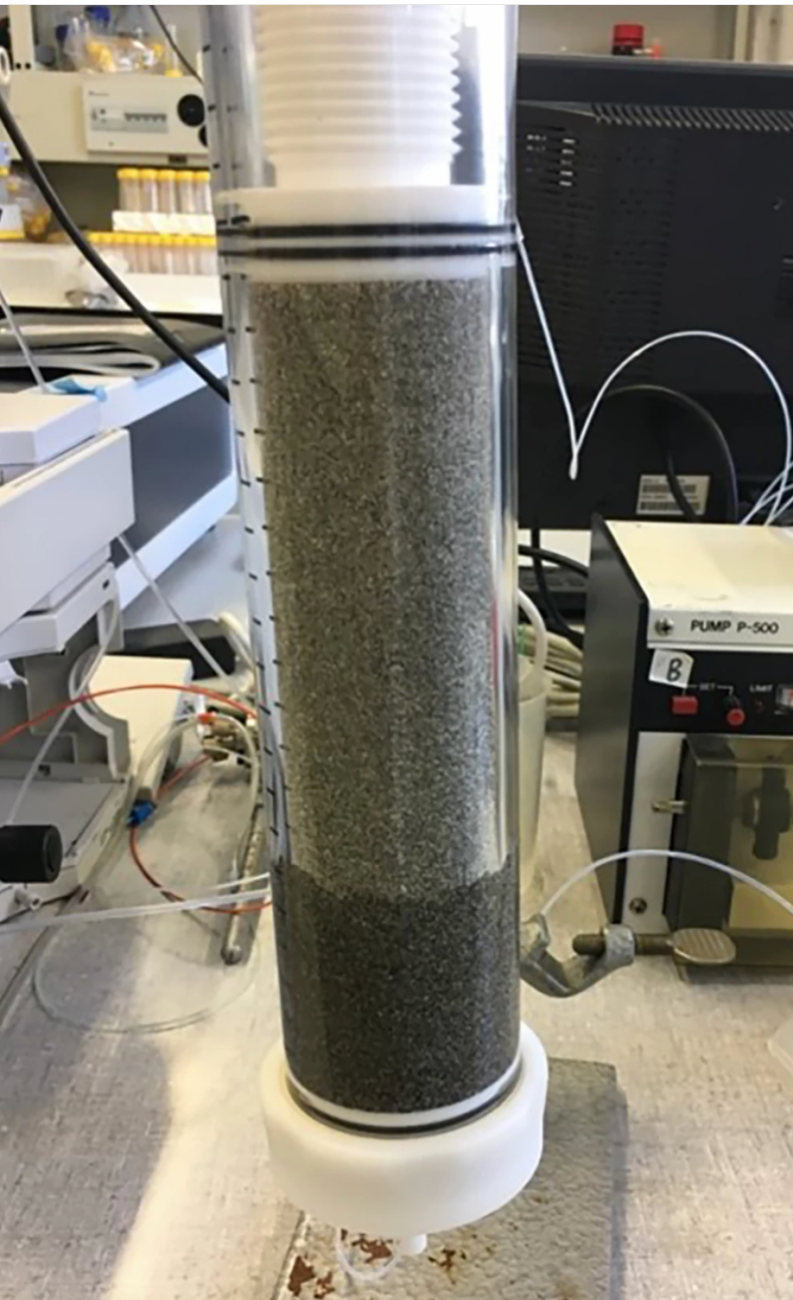 Today's filtration technologies do a wonderful job of producing potable water, but the spread of plastic waste throughout the environment means there are new threats to contend with. A new study has investigated the performance of different techniques when it comes to removing nanoplastics from water, and shown that biologically active systems known as slow sand filters can remove the tiny particles with 99.9 percent efficacy.

As the even smaller sibling of already troubling microplastics, nanoparticles have come into focus as a big problem as scientists deepen our understanding of plastic pollution. Where microplastics that measure less than 5 mm (0.2 in) are notoriously difficult to track and threaten the livelihood of organisms such as marine life, it is becoming clear that nanoplastics might pose their own unique set of problems.

Researchers have calculated the average age of human liver cells and found that they remain about three years old, no matter the age of the person
BIOLOGY
Your liver stays just three years old on average throughout your life
The illusion "works" on approximately 86 percent of people who view it
SCIENCE
"Expanding hole" illusion tricks the brain into dilating the pupils
Measured in mere nanometers, studies have shown these tiny traces of plastic have the capacity to stunt plant growth and trigger death and swimming abnormalities in shrimp and fish. Scientists consider plastic particles measuring between 1 nanometer and 20 micrometers to be respirable, while fruit fly experiments suggest they may alter gene expression associated with stress response and oxidative damage.

While many questions remain over the effects of nanoplastics on the human body, there is no doubt that preventing them from entering at all would be the best-case scenario. To explore the possibilities in this area, scientists at the Swiss Federal Institute of Aquatic Science and Technology (Eawag) set out to study how effectively different treatment processes can eliminate nanoplastics from drinking water.

Nanoplastic particles were tagged with the chemical element palladium and added to untreated water in considerable quantities, enabling their journey through water treatment process to be tracked with a mass spectrometer. Of the techniques studied, the team found slow sand filtration "dominated" removal of the nanoplastic particles, successfully eliminating them with an efficacy of 99.9 percent.

Based on their results, the team says that this filtration method would be effective at removing high levels of nanoplastics for extended periods of time, though the top few centimeters of sand would need to be removed to prevent clogging of the biofilm.

The research was published in the Journal of Hazardous Materials. SEE FULL PAPER ATTACHED