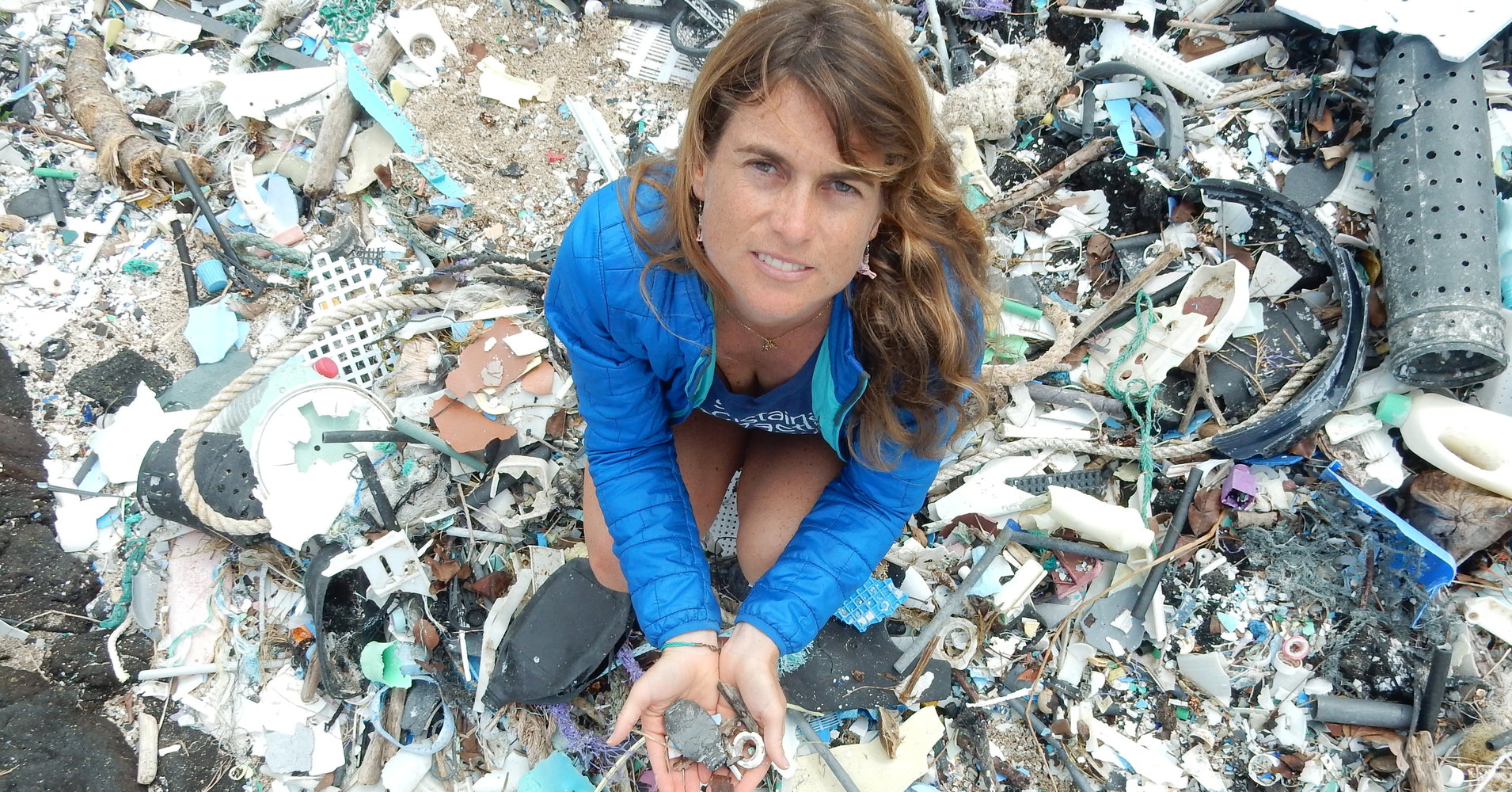 Scientists say there’s more to the pollution problem than the huge masses of debris that grab public attention.

The crisis of plastics filling up the world’s oceans is more complex than it appears. Contrary to popular belief, marine plastic debris does not simply cluster in large floating patches. In fact, only a tiny amount of the plastic in the seas drifts on the surface. So, where’s the rest of it?

“We really don’t know where most of the plastic is ending up in the ocean,” said Kara Lavender Law, an ocean plastic scientist at Woods Hole Oceanographic Institution.

“We can account for somewhere between 1 and 3 percent of the plastics coming in from land in a single year,” Law says.

The missing plastic could have met any one of four possible fates, and most scientists agree that the lion’s share is likely dispersed throughout the deep ocean and sitting on the seafloor.

“The mythology of islands of plastic, these garbage patches, has led the public to really misunderstand where plastic is in the world,” said Marcus Eriksen, co-founder of the nonprofit Five Gyres Institute. While ocean currents do indeed cause refuse to amass in certain areas ― like the Great Pacific Garbage Patch ― Eriksen described the majority of ocean plastic as a kind of smog: billions of tiny particles called microplastics, some too small to see with the naked eye.

Plastics are not as hardy as commonly believed ― they degrade even when lovingly cared for in a museum. Out in the oceans and on the beaches, waves physically break plastics into pieces, which can linger in the environment for years.

Microorganisms can cling to the small plastic pieces and drag them down from the surface. The tiniest fragments can be ingested by filter feeders and then excreted as poop, sinking to the bottom of the ocean. “The first hundred meters of the ocean surface gets cycled through marine life, and it’s washed by the intestines of organisms,” Eriksen said.

A 2014 study found tiny bits of plastic in sediment and coral samples collected from 16 locations in the Mediterranean Sea, Indian Ocean and the North Atlantic Ocean.

Another possibility is that some of the missing plastics are simply washing up on beaches and coasts. Around the world, island nations in the Pacific and remote beaches along the coast of Alaska are the depositories for plastic debris that has traveled thousands of miles.

A smaller fraction of the missing plastic could be trapped inside of animals. There’s the all-too-familiar story of plastic pieces clogging up animal guts. Scientists have also captured zooplankton ― microscopic critters at the bottom of the food chain ― eating microplastics. That means plastics could be traveling from animal to animal throughout the marine food web.

And to a lesser extent, the plastics’ polymer strands could be breaking down into small molecules through chemical reactions triggered by sunlight. This summer, Sarah-Jeanne Royer from the University of Hawaii found plastic debris submerged in seawater and exposed to sunlight decaying into greenhouse gases like carbon dioxide, methane and ethylene. Once activated, the degradation continues even in the dark.

“Greenhouse gas production from plastic is another sink that previously wasn’t taken into account,” Royer said.

While it is unclear how much of the plastics have turned into gases and how much of those gases escape to the atmosphere or stay sequestered in the oceans, this could constitute a significant but unmeasured source of greenhouse gas emissions, she said.

For the most part, the mystery of the missing ocean plastic can be blamed on a lack of data. Most surveys for plastic are conducted at the ocean surface using nets designed to study plankton, Law said. Seafloors and each ocean’s water column, on the other hand, are much less studied.

“It gets deep very quickly and it’s very hard to go into that environment and to make comprehensive measurements,” she said.

Though more attention is being paid to the seafloor and the sediments these days, there are thousands of meters of water in-between that are difficult to survey.

“You look at the surface and you look at the bottom, but you’re still missing most of it because the ocean is deep,” Royer said. “At the moment with plastic pollution, what we are missing is a better technology.”

A 7th grader has taken a stab at creating such technology. Anna Du at the Andover School of Montessori in Massachusetts built an underwater remote-operated-vehicle (ROV) to look for microplastics dispersed throughout oceans.

Du built her ROV from PVC pipes that she saved from her home’s renovation. The ROV can move up and down, left and right, and forward and backward in the water column. A camera helps Du guide it. A detection system attached to the bottom of the ROV takes photographs of the materials that it encounters. Du is currently training a computer program to recognize what is plastic and what is not.

On the coasts, even though beach cleanups have occurred for decades, it is very difficult to scientifically quantify the amount of plastics collected.

“The challenge is that, especially with beach cleanups, you really need everybody to be following the same protocol in order to be able to compare data,” Law said.

To help, Eriksen is working on a global set of methods for volunteers to follow. That includes how to measure a starting and ending point on a beach, and how to count and classify debris.

“This is where citizen science comes into play,” he said.

During the search for missing plastic, the bigger picture should be kept in mind ―  which is to prevent plastic from escaping into the environment, said George Leonard, an Ocean Conservancy scientist.

“While I think there’s an academic interest in where this stuff resides, the fact that we’re now finding it everywhere suggests that first and foremost we’ve got to keep it out of the oceans in the first place,” Leonard said. “Cleaning up the oceans really isn’t the solution to this problem.”