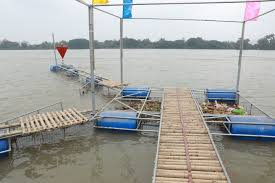 The Clean Currents Coalition - a global network of local projects - is on a mission to clean up the world’s rivers, using scientific solutions to address the problem of plastic waste in waterways around the world.

River clean-ups in Africa, Asia and the Americas appear on the network’s Data Dashboard, giving updated information on the debris collected from each project, and how captured plastic is processed.

These projects are also helping to create behavioural change by educating people about pollution.

“Preserving rivers is crucial to maintaining sustainable ecosystems. Targeting rivers can reduce the staggering estimated statistic that up to12.7 million metric tons of plastic enter the ocean annually, “ Molly Morse, a project scientist with the Benioff Ocean Initiative, said in an interview with The Bottom Line. 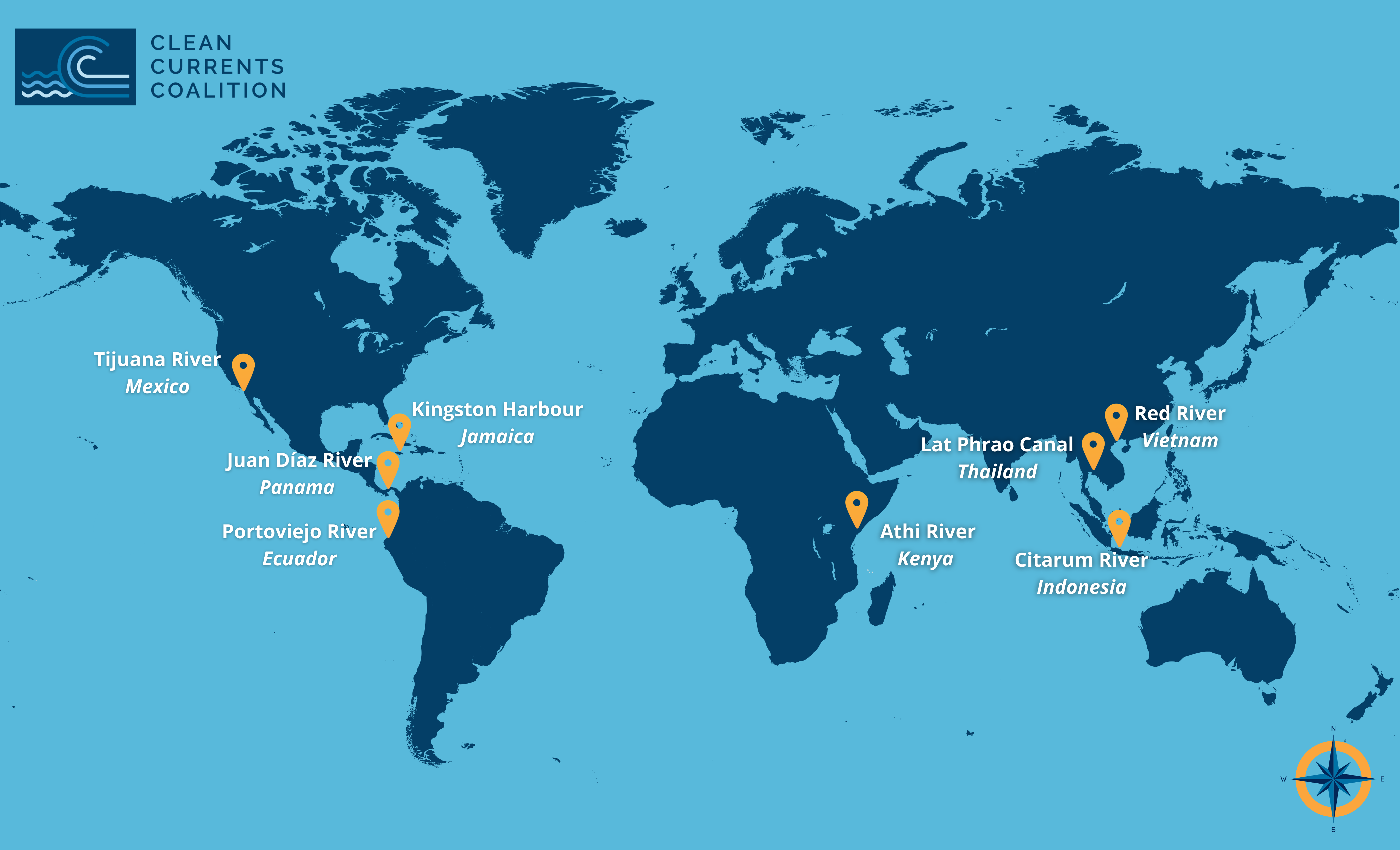 The Clean Currents Coalition has 8 key projects operating across the world.

Here are eight clever ways that countries are capturing plastic waste before it enters our oceans.

A conveyor belt on the Athi River - Kenya

Startup social enterprise Chemolex Company has joined forces with non-profit initiative Smart Villages, to establish 10 plastic capture devices along the Athi river and its tributaries, the Nairobi and Ngong rivers.

Fences placed across the rivers have diverted more than 1,000 tonnes from Kenya’s waterways, which is removed from the river by conveyor belt. The recycled waste is used to produce building materials like plastic fencing poles, pavement tiles, flooring and roofing. 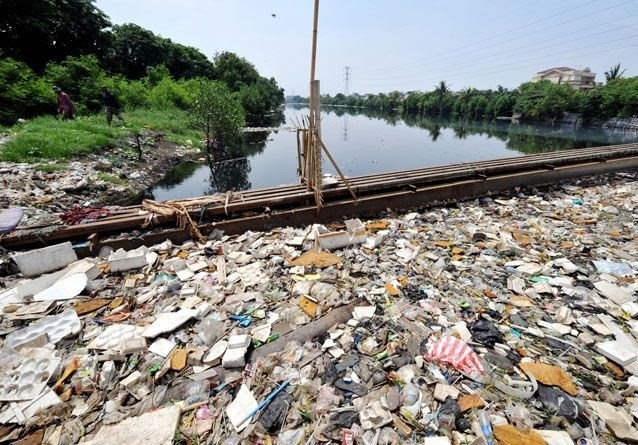 A collection wheel lifts plastic waste from a collection point on the Citarum River.

Startup social enterprise Chemolex Company has joined forces with non-profit initiative Smart Villages, to establish 10 plastic capture devices along the Athi river and its tributaries, the Nairobi and Ngong rivers.

Fences placed across the rivers have diverted more than 1,000 tonnes from Kenya’s waterways, which is removed from the river by conveyor belt. The recycled waste is used to produce building materials like plastic fencing poles, pavement tiles, flooring and roofing.

A plastics capture system will help clean up the heavily polluted Citarum River in West Java, which can remove 20 to 100 tonnes of waste daily. Active concentration modules placed along the river guide plastic waste to a collection point, where it is lifted from the waterway by a collection wheel.

The project will be operated by Indonesian NGO Greeneration Foundation, working with local partner Waste4Change and Finnish startup RiverRecycle. The waste will be recycled, composted or used for biofuel, with non-recyclable plastics converted into low-sulphur fuel oil to finance the project’s future.

Netherlands-based non-profit The Ocean Cleanup will deploy its interceptor system in the rivers and gullies flowing into Kingston Harbour, to prevent floating waste entering the Caribbean Sea.

Interceptors are solar-powered floating craft that extract waste autonomously, using a solid barrier to catch and concentrate debris onto a conveyor belt that removes it from the river. The waste is collected into “dumpster” barges that can be taken to shore to be emptied without interrupting clean-up operations.

The Ocean Cleanup is partnering with local NGOs to engage the Kingston community in the cleanup effort and raise awareness about plastic pollution among the youth in Jamaica.

The Chao Praya – which translates as “River of Kings” – is one of the world’s longest, and most polluted, rivers. The 1.5 kilometre Lat Phrao Canal flows from the river through one of Bangkok’s densely populated communities, which is home to around 120,400 people.

In July 2020, TerraCycle Global Foundation, the non-profit arm of US-based recycling company TerraCycle, Inc., installed two plastics clean-up systems on the canal, each featuring two outstretched booms with nets attached, which catch debris floating just below the water’s surface. The booms are anchored and fitted with a metal collection trap. Over eight tonnes of plastic waste has been removed from the canal to date.

A programme is underway to educate the Lat Phrao Canal population about the plastics problem and how they can take action to mitigate it.

Barriers will corral waste carried by the river’s current to a capture point, where it will be lifted from the water by a transverse conveyor belt powered by electricity from a water wheel. The design known as “Doña Rueda” – “Ms. Wheel” in English – will deposit the waste directly into the shore-based processing facility where it will be sorted for recycling.

AI will be integrated into the system to categorise the trash as it moves along the conveyors, improving the project's data collection capabilities.

Combining data on river pollution, water-flow dynamics, probability modeling and material transport, the company has created the Azure barrier – a floating curtain that can operate in rivers and coastal areas and moves with the tide. 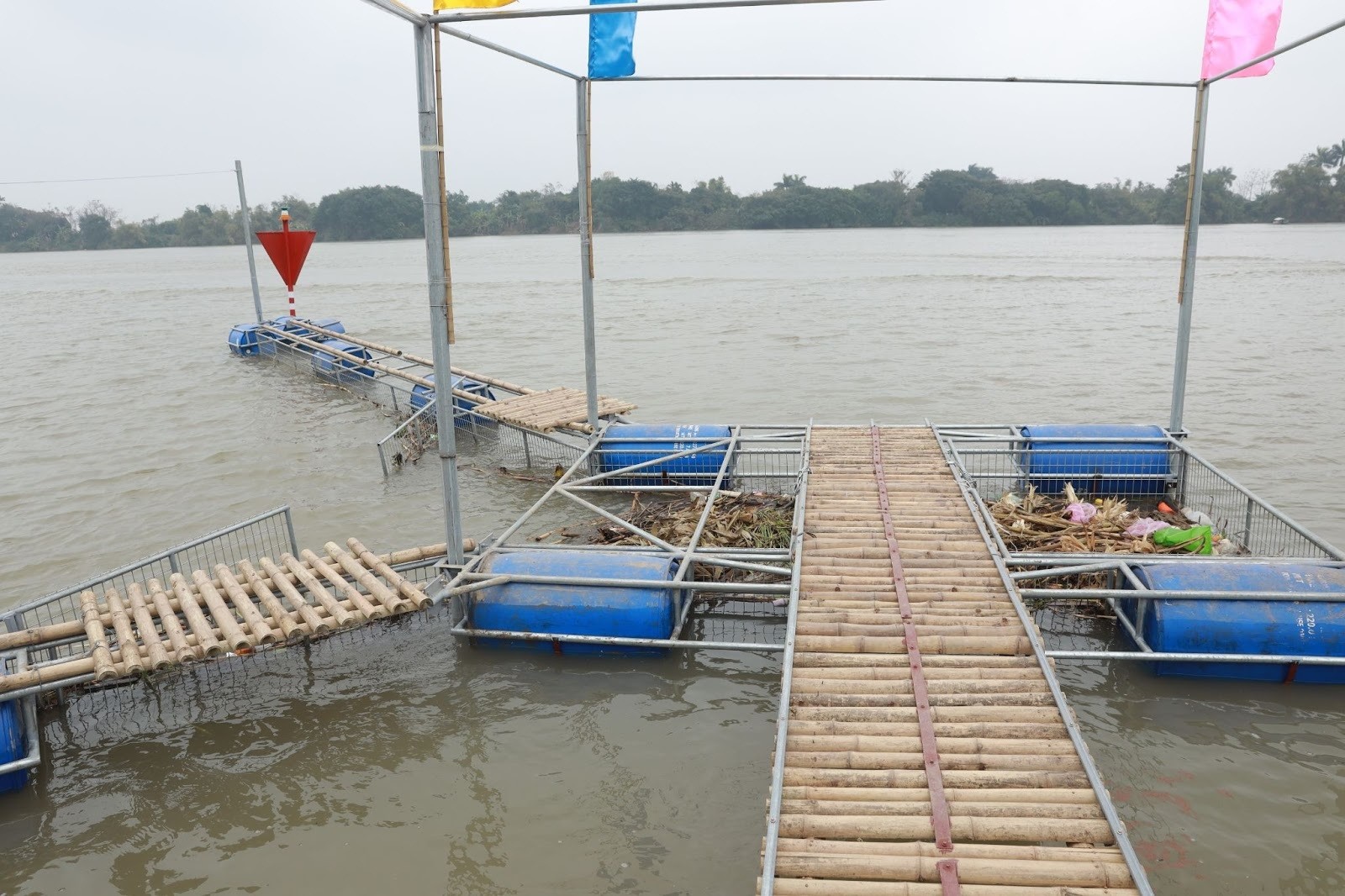 Bamboo and booms on the Song Hong River - Vietnam

US-based non-profit Ocean Conservancy is taking its quest for trash-free seas to the Song Hong River in Vietnam, teaming up with the Centre for Marine Conservation & Community Development to deploy traps that capture plastic waste.

These unique cleanup tools are locally designed, inexpensive and built using locally sourced materials. The traps feature two floating booms with mesh that guide floating waste to a trap connected to the riverbank by a bamboo platform allowing for easy emptying and maintenance.

Since being deployed in February, more than 450 kilogrammes of floating waste has been removed from the waterway. Working with the University of Toronto Department of Ecology and Evolutionary Biology to monitor plastic waste at several sites along the river, the data can help local government bodies combat the country’s plastics problem.

A floating boom with a metal screen attached captures plastic waste in Mexico.

Pollution doesn’t respect international boundaries, making plastic waste in the Tijuana River Estuary, which forms the border between the US and Mexico, everyone’s problem.

As the river is the sole source of clean drinking water for many people, California and Mexico-based environmental non-profit WILDCOAST, has erected a “Brute Boom” across the Los Laureles Canyon to collect debris. The system consists of a floating boom attached to both sides of the canyon, with a metal screen attached to collect plastic waste.

The group has established the first recycling initiative in the community and embarked on an education programme to reduce plastics use.