5 Amazing Products Made With Plastic Recycled From The Ocean 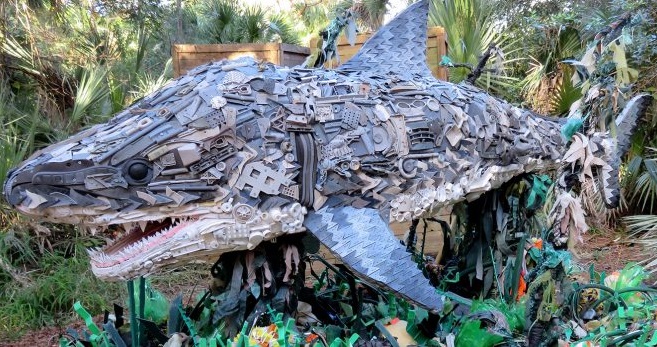 One of the solutions to ocean plastic pollution is to recycle the plastic that already exists in the world so that the production of new plastic products eventually becomes redundant.

This is a lofty goal, but also one that the following companies are proving to be possible. 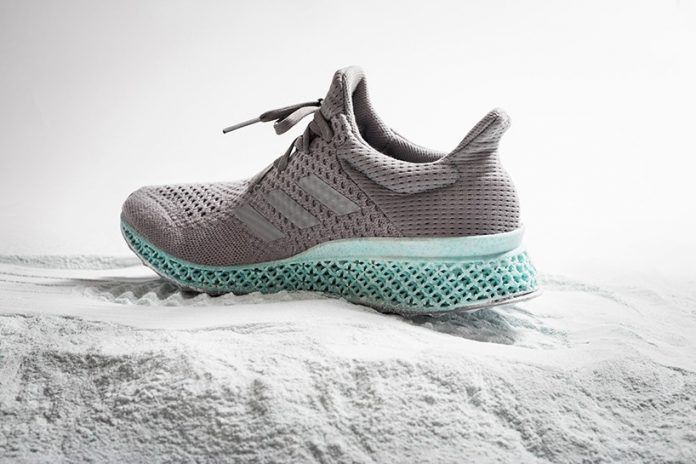 In 2016, global sporting brand Adidas unveiled a limited edition sneaker made in collaboration with Parley for the Oceans. Parley for the Oceans is an initiative that organizes coastal clean-ups, removing plastic from beaches in the Maldives as well as floating ghost nets. This recycled plastic was used in the creation of the shoe, dubbed the Ultra Boost Uncaged Parley. 7,000 pairs were manufactured and quickly sold. In fact, sales were so successful that Adidas have now relaunched three of their most popular sneakers in the same environmentally friendly format – the Ultra Boost X Parley, the Ultra Boost Parley, and the original Ultra Boost Uncaged Parley.

The uppers of all three sneakers are made from 95% recycled plastic. Repurposed marine debris is also used in the production of the shoes’ laces, heel webbing, heel lining and sock liner covers – adding up to the equivalent of 11 plastic bottles per pair. The shoes are available in blue, or in a white designed to be “a wake-up call to the world about the coral bleaching crisis threatening the oceans”. Funds from the sales go to Parley for the Oceans’ AIR project, which is working on the research and development of new ways to up-cycle plastic as well as the invention of an alternative product to replace plastic in the clothing industry. 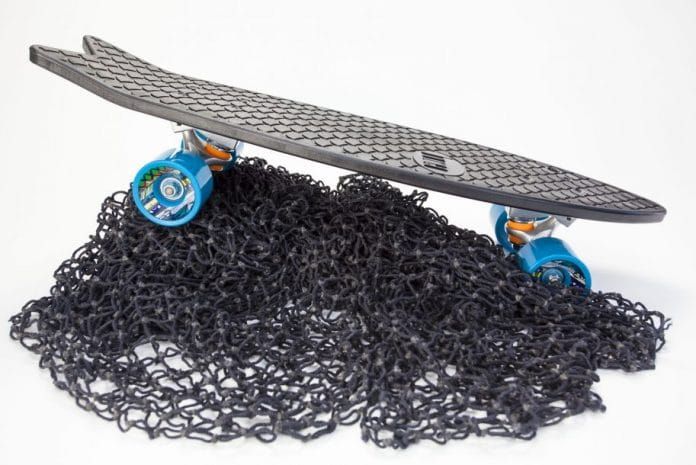 Start-up company Bureo was formed in 2013 with the goal of finding a solution to the problem of plastic pollution in our oceans. To do this, the company founded Net Positiva, a program that creates environmentally friendly disposal solutions for fishermen in Chile, so that they can discard their old fishing nets responsibly rather than abandoning them at sea. These nets are then collected and recycled to create durable decks for cruiser skateboards. Net Positiva encourages local fishermen to make use of their disposal units by providing financial support for participating communities.

Net Positiva collected and recycled 3,000 kilograms of fishing nets in the first six months of its existence. Today, that number has risen to around 80,000 kilograms. The brand sells two different types of skateboard – the Ahi Performance Cruiser and the Minnow Cruiser, both of which sport a sleek design and a distinctive fish-scale pattern on their black plastic decks. The Bureo website also sells skateboard decks and wheels separately, as well as a line of recycled plastic sunglasses and apparel made from 100% organic, sustainable cotton. 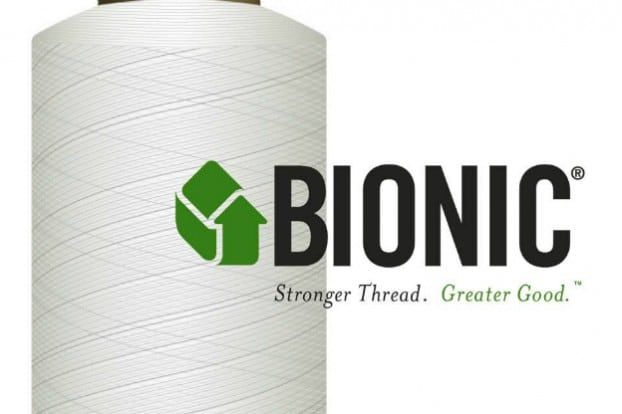 Co-founded by Tyson Toussant and Tim Coombs in 2009, Bionic Yarn is a material engineering company that uses recycled marine plastic to create a range of different textiles and polymers. There is an endless list of potential uses for these materials, ranging from boat covers to furniture – and in particular, high-end clothing. The process for creating weave-able yarn from recycled plastic is fascinating. First, the plastic is broken down into small pieces, before being shredded into individual fibers. These are then spun into a yarn and blended with fabrics like cotton, wool, or cashmere.

Soon after its inception, music mogul Pharrell Williams joined the company as its creative director, and since then Bionic Yarn has been supplying its revolutionary threads to major clothing companies including Timberland, O’Neill and The Gap. In 2016, Bionic Yarn collaborated with G-Star RAW to create the RAW for the Oceans clothing line – the world’s first denim collection made from recycled plastic. In early 2017, H&M launched its new Conscious Exclusive Collection, featuring a blush-colored ball gownmade from Bionic Yarn threads as its centerpiece. 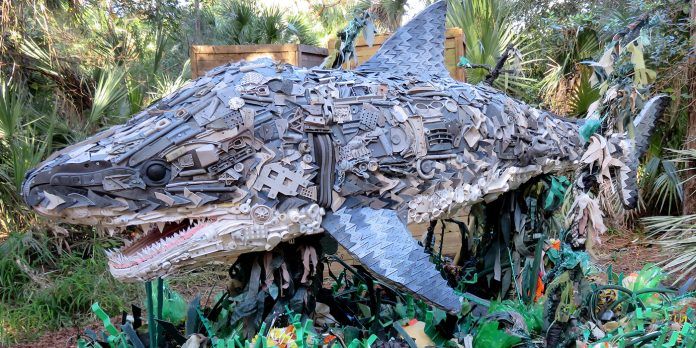 Founded by artist and educator Angela Haseltine Pozzi in 2010, Washed Ashore is an Oregon-based organization that uses marine debris to create gigantic sea life sculptures. The main purpose of these sculptures is to raise awareness of plastic pollution and to encourage discussion about ways in which to minimise our plastic waste in the future. The sculptures (including turtles, great white sharks, and colorful reef fish) have been exhibited at zoos and aquariums all over the United States, including Georgia Aquarium and the Smithsonian National Museum of Natural History.

The plastic used to make the sculptures (of which there are more than 60) is collected during volunteer clean-ups, then washed and sorted into different shapes and colors. Since 2010, more than 10,000 volunteers have worked together to collect 38,000 pounds of marine debris. When the sculptures go on exhibition, they are accompanied by staff and volunteers who increase their impact by giving conservation-related talks and workshops.